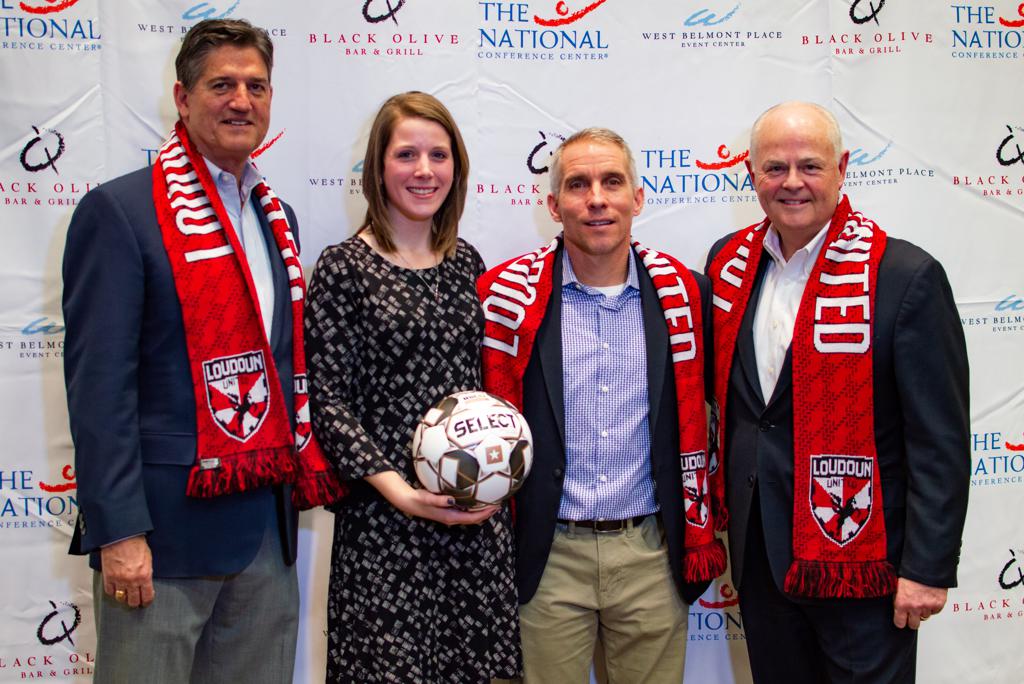 On Saturday, March 2, Loudoun United FC unveiled their inaugural season jersey at the National Conference Center (The National) in Leesburg, Va., and announced their official partnership with the venue as Loudoun United FC’s Official Hospitality Partner.

“The National Conference Center is thrilled to be teaming with Loudoun United FC as their Official Hospitality Partner,” said Vice President & General Manager Geoff Lawson. “Being the home to Loudoun’s first professional soccer team will allow us to work closely with this community leader and provide a relaxing home base for players, coaches, and fans. We look forward to seeing many of you after games and cheering the team on in the Black Olive during away games!”

“In soccer there isn’t a more highly sought after opportunity than the front of jersey partner as it essentially takes on the identity of the club. We couldn’t think of a better, local partner to embark on this historic first-of-its-kind journey in Loudoun County.” Loudoun United FC Chief Operating Officer Adam Behnke, said. “We are extremely proud to wear their name across the country to represent The National. They provide the best quality service, accommodations and standard that any organization would be lucky to have.”

The National will be the “Home of Loudoun United FC,” and will host visiting teams, youth teams, and all guests for events taking place at the new Loudoun United Stadium in 2019. The National will also offer a special overnight soccer package for fans attending homes games. Additionally, Black Olive Bar and Grill will televise away games and offer pre-game and post-game food and drink specials for all Loudoun United matches.

Purchase your inaugural season jersey today by hopping over to the team shop!