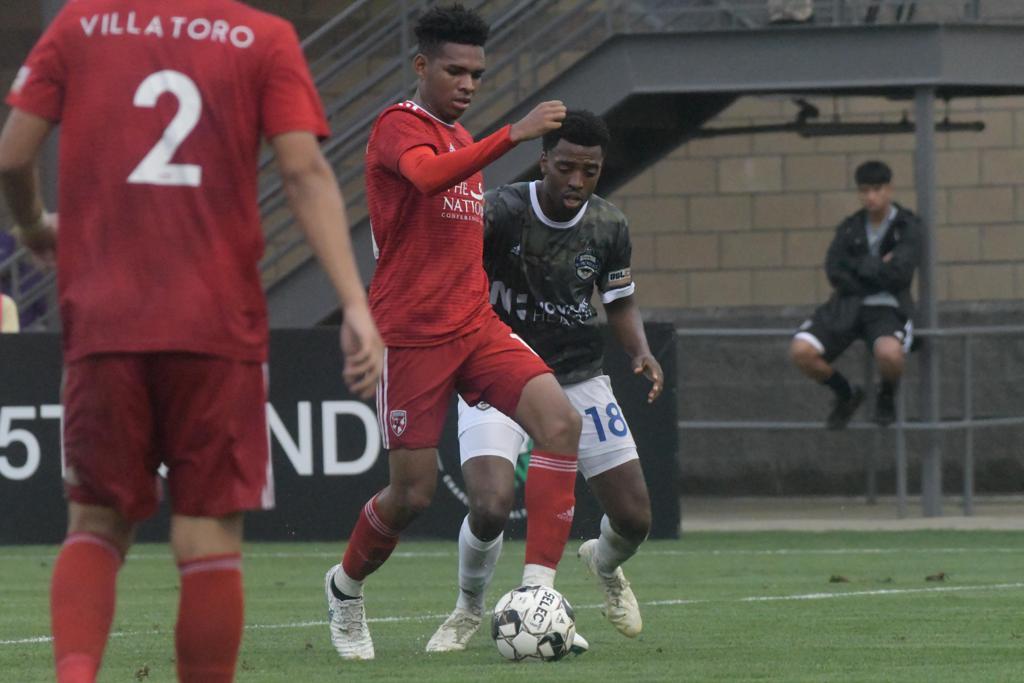 Loudoun United rallied from a first-half deficit as three different players found the net to defeat the Independence at the Sportsplex at Matthews. The Independence went close to an early lead in the 11th minute when Enzo Martinez curled a shot from 20 yards just wide of the right post, but on the half-hour mark Martinez played provider with a low cross from the left that set up Dominic Oduro for the opening goal of the game. Loudoun almost equalized four minutes before halftime when Kyle Murphy’s header from close range went just over, but two minutes later Conor Presley leveled for the visitors with a rifled shot from 25 yards into the left corner of the net.

United then took the lead less than a minute into the second half when a long-range shot by Noah Pilato deflected off a defender in front of goal to find the net. Louudoun doubled its lead just before the hour-mark when Charlotte goalkeeper Curtis Anderson couldn’t handle a cross by Andy Lubahn and Shinya Kadono was on hand to knock home the rebound for his first professional goal. The Independence pushed to get back into the game in the final half-hour as Martinez forced a good save by Loudoun’s Calle Brown in the 76th minute and Afrim Taku curled a shot just high and wide of the top-right corner a few minutes later, but a late final chance for Jorge Herrera was calmly saved by Brown as United saw out the victory to claim its second win of the season.

USLChampionship.com Man of the Match

Conor Presley, Loudoun United FC – Presley’s tremendous strike pulled United back level just before halftime and helped set up a strong second half by the visitors.