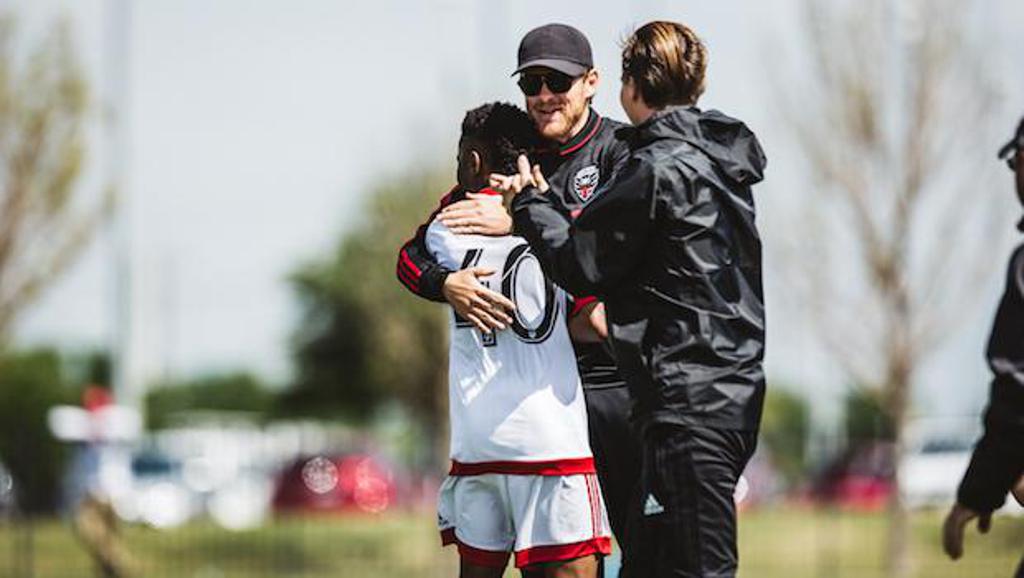 "We are pleased to appoint Ryan as the new head coach of Loudoun United FC,” Dave Kasper, D.C. United General Manager and VP of Soccer Operations, said. “He has done impressive work with our academy as the director and he understands our club philosophy. We are confident that he will lead our USL Championship team in a positive direction.”

Ryan Martin became the director of D.C. United’s academy in January 2017. Prior to overseeing all the youth development for D.C. United, the Columbus, Ohio, native coached and was the recruiting coordinator at Wake Forest University.  In 2016, he helped build FC Cincinnati’s roster from scratch and served as the club’s assistant coach.

“It’s an honor to be asked to lead Loudoun United FC in their first season in the USL Championship,” Ryan Martin, Loudoun United FC Head Coach, said. “We have a talented group of young players mixed with experience and I am looking forward to the challenge of producing good results and performances for the rest of this inaugural campaign. The support and vertical integration throughout D.C. United, Loudoun United, D.C. United Academy and all the way to the local DMV clubs is one of the strongest in the country. From Chris Durkin at Richmond United to Griffin Yow at Virginia Development Academy, I am excited to continue to work with the top local clubs in the DMV to help give opportunity to players to reach their potential and dreams of becoming professionals with their local club.”

An NSCAA All-American midfielder at Ohio Wesleyan under his father Jay Martin, the all-time winningest coach in NCAA history, Martin went on to play for Real Salt Lake and teams in Iceland and Germany before starting his career in coaching. He returned to Ohio Wesleyan to begin his coaching career, and the following year moved to Wake Forest University in 2007 under Jay Vidovich. During his time at Wake Forest, the Demon Deacons won one national championship, made three NCAA College Cups and won two ACC Championships while compiling a record of 102-39-22.

Starting as a volunteer, Martin worked his way up to recruiting coordinator and assistant coach, stepping in as interim head coach on an as-needed basis. After becoming the recruiting coordinator in the spring of 2010, Martin earned top ten recruiting classes every year (including the best class in the country in 2012).  More than 15 Demon Deacons have gone on to play Major League Soccer since Martin began at the university, including current United defender Jalen Robinson, former United midfielder Collin Martin and 2016 rookie of the year finalist Jack Harrison, as well as 2016 USL MVP and Golden Boot Winner Sean Okoli.

At FC Cincinnati Martin helped form a roster of 26 players from scratch in four months en route to finishing third (16-6-8) out of 29 teams and having the Goalkeeper of the Year, MVP and Golden Boot winner, Coach of the Year finalist and three First-Team All-USL players. He holds both a National Soccer Coaches Association of America (NSCAA) and a United States Soccer Federation (USSF) license