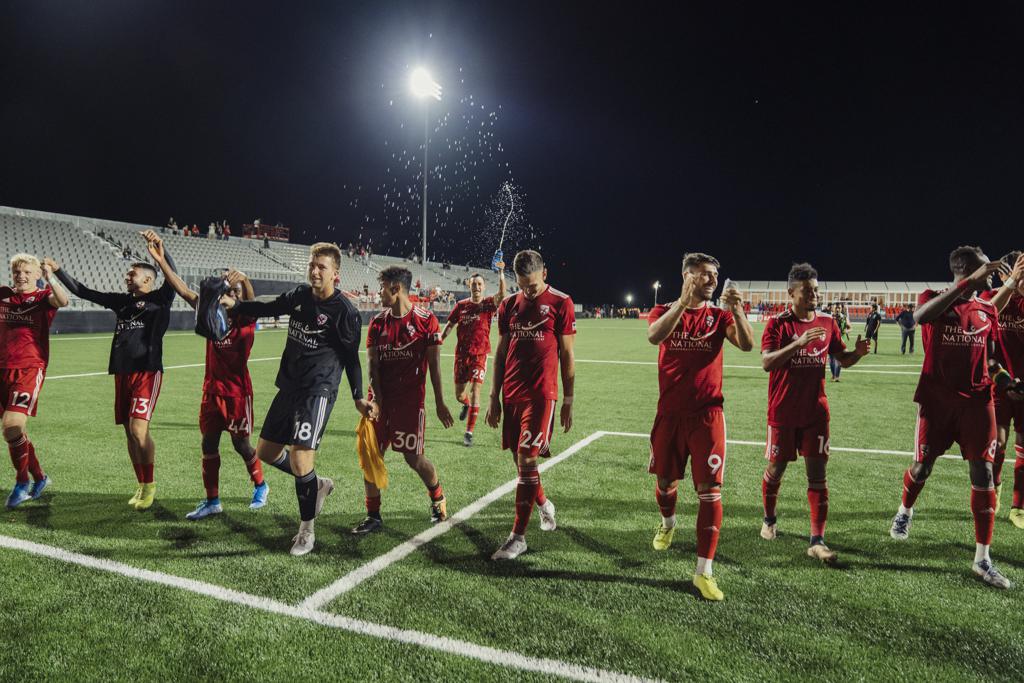 Loudoun United’s first season could be summed up through a combination of several obstacles and emotions: adversity, eagerness, excitement, curiosity, frustration, some more adversity, relief, jubilation and pure ecstasy, etc. Whichever you choose, it was likely an accurate way to describe the state of the team and organization at some point this season. But all is well that ends well. Or in LUFC’s case, all is well that ends in a four-game winning streak. Although the young team missed the playoffs by four points, they finished out the year playing some of their best soccer, beating four straight teams who were fighting for playoff positioning, and landing in the nine spot in the final USL Championship power rankings of the season. Now in their first offseason, they will carry loads of momentum, confidence, and even a little bit of swagger into the 2020 season.

But before preparation for 2020 officially begins, let’s take a look at some of the major highlights from this past year that helped shape Loudoun United’s current position and newly established identity.

Loudoun United are in the win column for the first time ever with a 3-1 win over New York.

The team faced their first string of adversity by having no choice but to start the year with six straight road games. While their new stadium in Loudoun County was being built, they were in New York facing off against a highly respected New York Red Bulls II club.

And after surrendering an early goal, the LUFC offense was sparked by Orlando Sinclair’s first professional goal in the 14th minute. Andrew Lubahn followed with a left footed strike in the 22nd minute and Kyle Murphy provided the exclamation point with a diving header in the 78th minute to make the score 3-1. Calle Brown also stood on his head for much of the second half, making two incredible diving saves in the 73rd and 74th minute to hold New York to just one goal.

In his head coaching debut, Martin is victorious 3-2 over Swope Park. 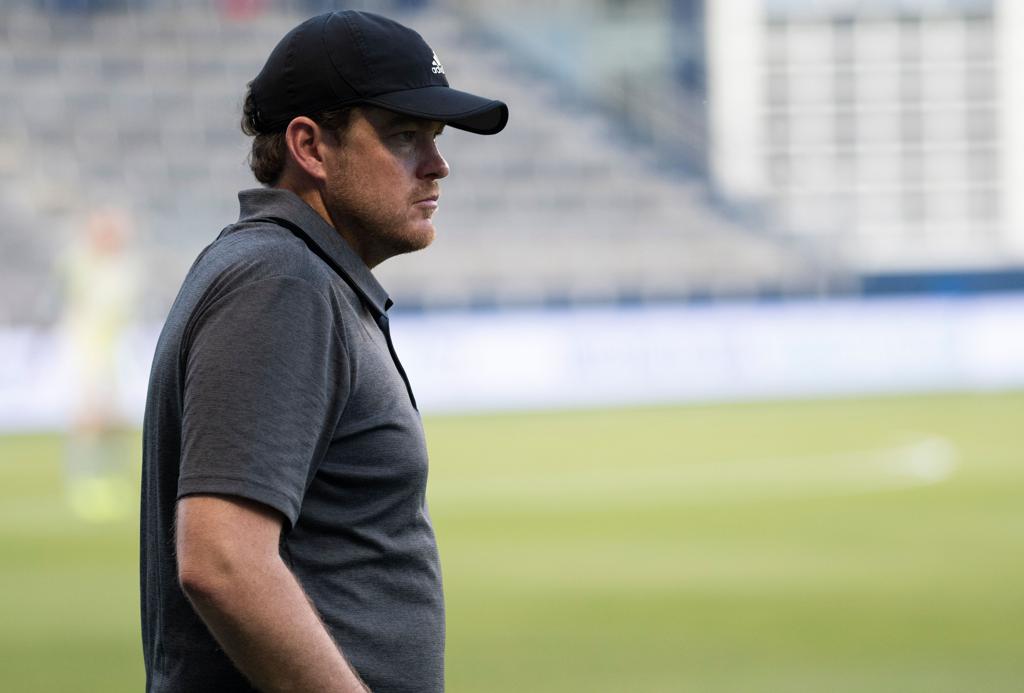 After losing head coach Richie Williams barely a quarter of the way into the season, LUFC called on D.C. United Academy Director to be their new leader. He wasted no time bringing some success to the club, as the boys gutted out an impressive road victory with goals from Kyle Murphy, Griffin Yow, and a game winner from Connor Presley in the 87th minute. 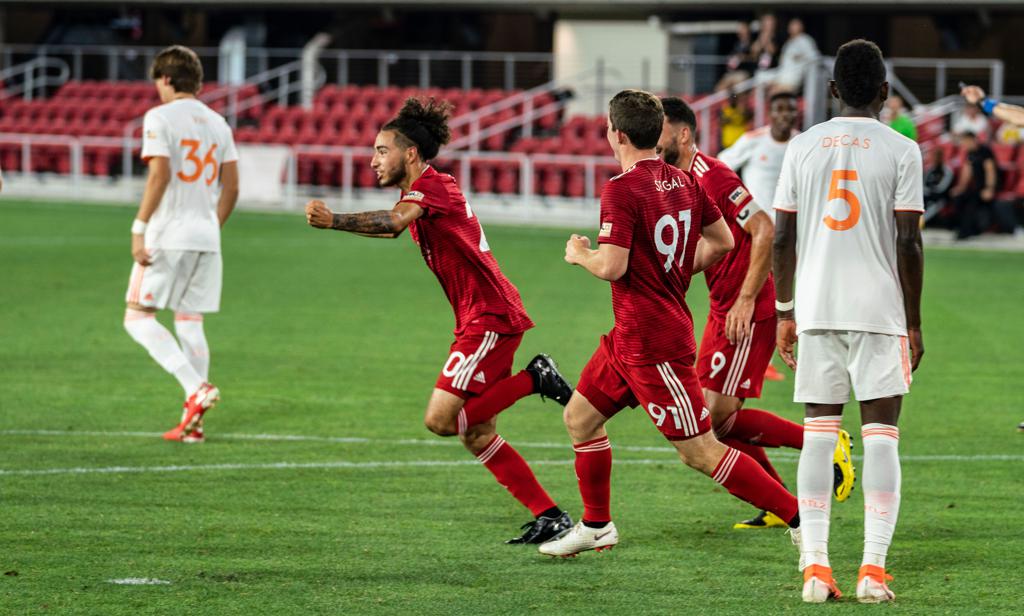 A match in which Loudoun United’s offense was rather stagnant for 63 minutes (only 3 total shots), a second half substitution provided the spark they needed to get their first ever win at Audi Field. D.C. United Academy product Christian Sorto took the pitch as a professional for the first time in the 60th minute, and three minutes later he danced around three defenders and found the bottom right corner of the net. Adding to his already stellar debut, the 19-year-old struck again off a Loudoun throw in, giving his team a 2-0 lead and sealing their first home victory. 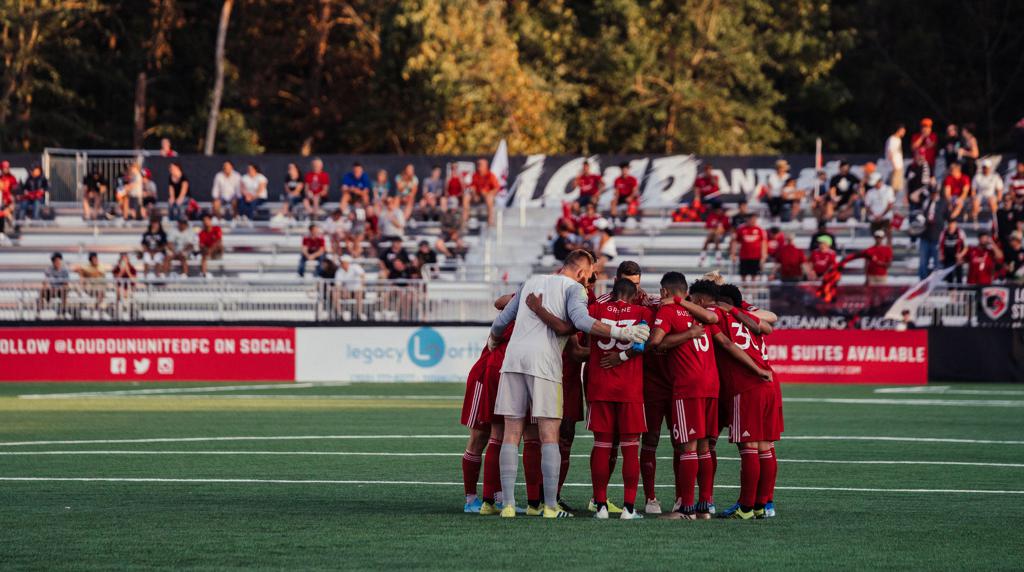 August 9th, 2019 was marked on every LUFC player, coach, and staff members’ calendar for several months leading up to the creation of their new home, Segra Field. All of the hard work, preparation, and patience had finally been put on full display to a sold out Loudoun crowd. The boys did not disappoint, as they played hard through see-saw battle against the Charlotte Independence. The first Loudoun goal in Segra Field history was booted in by Harri Hawkins, and tallies from Antonio Bustamante and Carlos Alvarez followed. Calle Brown made a phenomenal diving save in the final minutes to keep the score tied and earn the red and white a point in their Segra Field debut.

A Wild night. The left-footed striker reaches into his bag of (hat) trick(s). 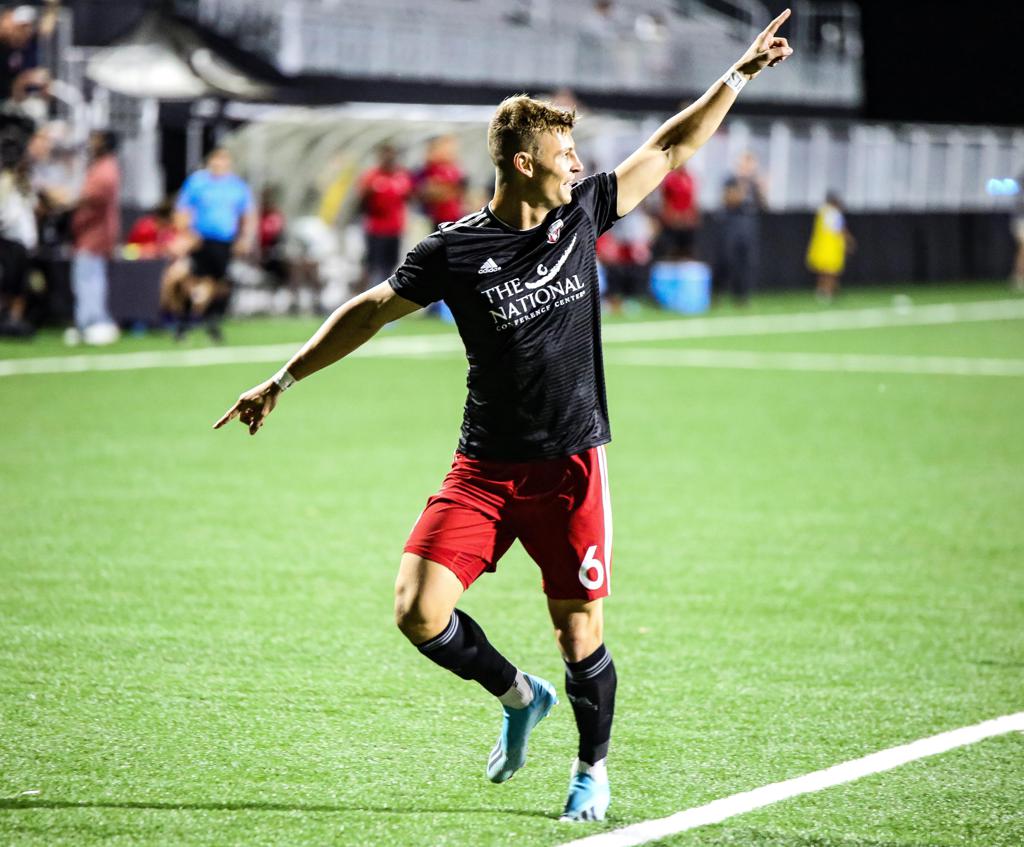 A free kick, a powerful low strike from outside the box, and a penalty kick all from Gordon Wild round up the first ever hat trick in Loudoun United history. On top of that, a 4-1 victory to complete the season sweep of Swope Park made it that much sweeter.

Loudoun United play spoiler with a 4-3 victory at home over Saint Louis FC.

An exhilarating victory on a chilly Wednesday night at Segra Field. Loudoun United were not perfect, as they were beat in time of possession and shots on target. However, the red and white grinded hard to erase 1-0 and 3-2 leads and did it in a timely fashion. Antonio Bustamante unloaded a strike that went off the crossbar and down across the goal line to tie the match at three in the 80th minute. As the match entered stoppage time, it looked as if Loudoun would be happy to salvage a draw against a top team in the eastern conference. But in the 93rdminute, Harri Hawkins lobbed a pass into the box for Elvis Amoh. The striker played the ball beautifully, taking one touch off his chest then popping a shot into the upper left corner of the net. Loudoun United had stolen a victory and played the ultimate spoiler to Saint Louis FC.

Season Finale: Loudoun United may have missed the playoffs, but they sure left their mark on the season with a 7-3 victory over New York.

A New York Red Bulls II team came in to Segra Field on the final Saturday of the season seeking a top five seed in the playoffs. When asked about closing out the season strong, Coach Martin said he told his team, “you should want to win even if you’re playing your little brother in the backyard.” That mentality seemed to resonate well with his boys, as they saved their best performance of the year for last.

The red hot Alioune Ndour opened the scoring parade for LUFC in the fifth minute, scoring his fifth goal in just four appearances. The Senegalese forward signed with the club late in the season and made an immediate impact, as he recorded a goal and helped secure three points every game he played in.

After Bustamante gave Loudoun a two-nil lead with his fifth goal of his rookie season, New York responded as Jared Stroud tapped a rebound passed Calle Brown. But LUFC kept a lead foot on the gas and exploded for three more goals in the first half, two by Murphy and one from Wild.

Amoh scored just 15 seconds after the second half kickoff, and Wild added another in the 72nd minute. As if there was an exclamation point needed, Calle Brown added one by saving his third penalty kick of the season. With that, Loudoun United finished their first season on a major high note.

One of the most difficult challenges of a new sports franchise is finding and establishing a team identity. For Loudoun United, a midseason manager change and several ups and downs may have made that identity seemingly impossible to find. In the final weeks of the season, the red and white showed that they’re a scrappy and talented team that lacks experience, but can beat top clubs when playing to their potential. Surely, a full offseason with this identity will set them up for a successful 2020 season.