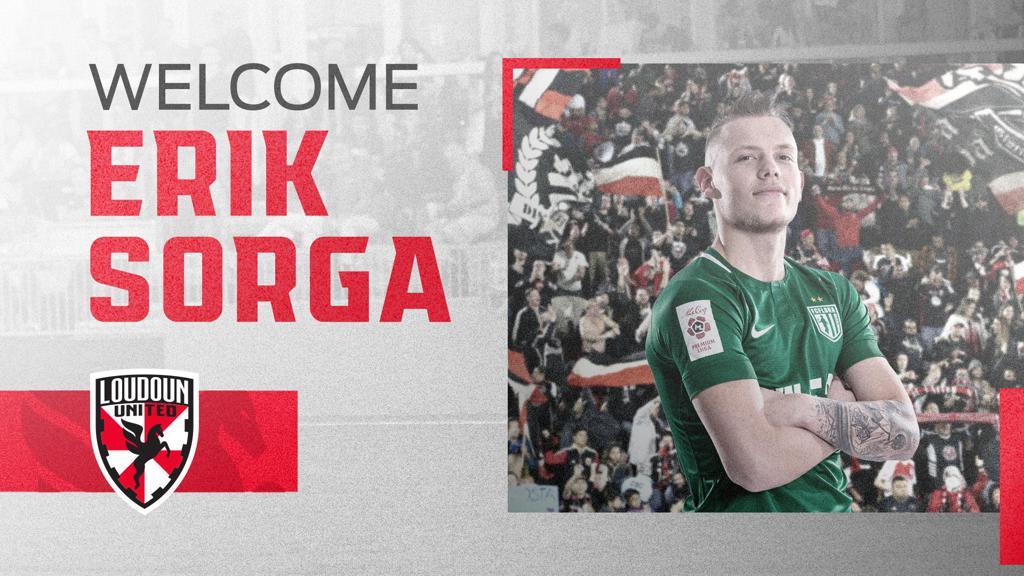 Loudoun United FC have announced the signing of Estonian National Team forward Erik Sorga on a permanent transfer from FC Flora Tallinn in the Estonian Meistriliiga (First Division) pending league and federation approval and the receipt of his P-1 Visa and International Transfer Certificate (ITC).

“We are looking forward to adding Erik to the roster ahead of the 2020 season,” Stewart Mairs, Loudoun United FC Technical Director, said. “He is a dynamic attacking talent with an extremely impressive goalscoring record at the club level in Estonia. He already has six caps with the Estonian National Team at just 20-years-old and has a high ceiling for development and improvement. We are excited to integrate him with the rest of the squad and see what he can do this season.”

The 20-year-old signed his first professional contract with FC Flora of the Estonian Meistriliiga (First Division) on Jan. 1, 2017 after playing for the Under-21 side. Sorga made his professional debut for the club as a substitute on Sept. 23, 2016 in a 4-0 win against Rakvere Tarvas in league play as a 17-year-old. He scored his first goal in his third professional appearance in a 7-0 win against JK Viljandi on May 5, 2017. In total, Sorga has scored 78 goals and recorded nine assists in 91 appearances for FC Flora across all competitions. Sorga was a part of the FC Flora side that won the Estonian Meistriliiga in 2017 and 2019. He won the league and team golden boot after scoring 31 goals in the 2019 season to lead FC Flora to the domestic title.

The Tallinn, Estonia native was a product of his hometown academy, Tallinn Jalgpalli Klubi Legion, before joining the FC Flora Under-21’s on Feb. 21, 2016.