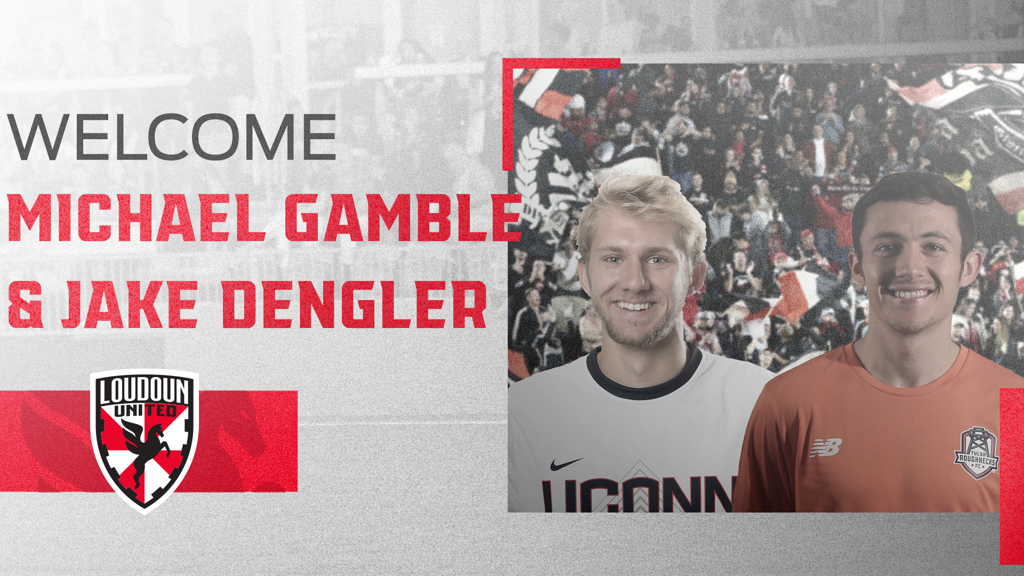 “We’re excited to add two extremely talented and local players to our roster for 2020. I’ve coached both Michael and Jake in the past and I’m excited to see them play for Loudoun United,” Ryan Martin, Loudoun United Head Coach, said. “Jake played for our U-23 team last summer and is a very dynamic center back who uses his size to his advantage and has great passing ability. Michael is a former National High School Player of the Year and a top MLS draft pick who I recruited and coached at Wake forest. He is incredibly gifted in attacking offensively, which will be fun for the fans to watch. He is extremely competitive and I can't wait to get him in the Red-and-White this year.”

Dengler joins Loudoun United after attending the University of Connecticut for one season in 2019. The 21-year-old started in all 17 matches in his stint with the team. During his time with the Huskies, Dengler scored two goals and recorded two assists in 1,557 minutes played.

Shortly after his time at CCBC, Dengler transferred to Loyola Maryland for the 2018 season. Starting in all 16 matches for the Greyhounds, Dengler scored two goals and earned a selection to the United Soccer Coaches All-Atlantic Region Second Team.

Gamble joins Loudoun United from Deportes Santa Cruz after not making an appearance with the Chilean team during his time there. The Columbia, Md., native started his professional career when he was selected by the New England Revolution in the second round (30th overall) of the 2016 MLS SuperDraft. He was in the 18 for one match with New England and made one appearance for USL side, the Rochester Rhinos, before joining the Tulsa Roughnecks in 2018.

In his time in the USL Championship, the 26 year-old played in 30 matches with 24 starts totaling 2,212 minutes. He scored three goals and recorded two assists while with the Roughnecks.

Prior to his professional career, Gamble played four years (2012-2016) at Wake Forest University. In that time, he scored 24 goals and recorded 20 assists in 60 (51 starts); tying him for ninth in school history with 68 points. As team captain his senior year, Gamble was named to the Second Team All-ACC while earning Second Team NSCAA All-South Region honors.