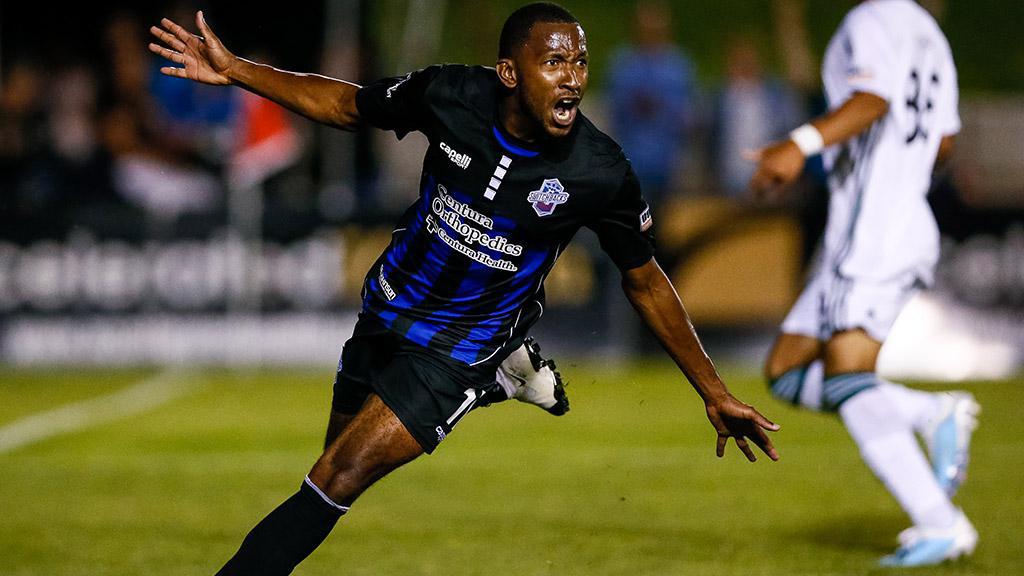 Robinson spent the past two seasons with fellow USL Championship side Colorado Springs Switchbacks FC where he featured 59 times and scored eight goals. Prior to his professional debut, Robinson played his collegiate career with West Texas College and Grand Canyon University.

“By signing a player like Saeed, we are continuing our mission of bringing top-notch talent to El Paso,” said Locomotive FC Head Coach Mark Lowry. “Saeed is an out and out offensive threat that can dribble or shoot and he gives us more depth on our roster. Saeed has proven that he can compete at this level and is a player with loads of pace. I am thrilled to have him in the team.”

Robinson is the 18th rostered player for the 2020 campaign, joining newcomers Distel Zola, Fabrice Fokobo and Marios Lomis. Fourteen members of the inaugural team have re-signed for the second season, keeping the core of the successful first-year team intact.

ELVIS STAYS IN THE BUILDING AT LOUDOUN: Loudoun United FC announced on Wednesday it had re-signed forward Elvis Amoh ahead of the 2020 USL Championship season.

“We are excited to welcome back another piece of the 2019 team. Elvis was a jack-of-all-trades and played anywhere from midfield to forward,” said United Head Coach Ryan Martin. “He is a physically gifted player that will add quality to the team and has an impressive ability to play multiple positions. He is a tremendous asset that we are excited to have again this year.”

Amoh joined Loudoun United on July 28, 2019 after making three appearances for SK Lisen in the Czech National Football League second tier earlier that year. He started his career with Asante Kotoko SC of the Ghanaian Premier League in 2015, and rejoined the club in 2017 after a year with the West African Football Academy. Amoh left the Ghananian Premier League in July 2017, joining Capital City FC of the Canadian Soccer League.

In 14 appearances, Amoh scored four goals in 820 minutes in Loudoun’s inaugural season. The 27-year-old scored the game winning goal against Saint Louis FC on October 9, contributing to the club’s four-game win streak at the end of the 2019 season.