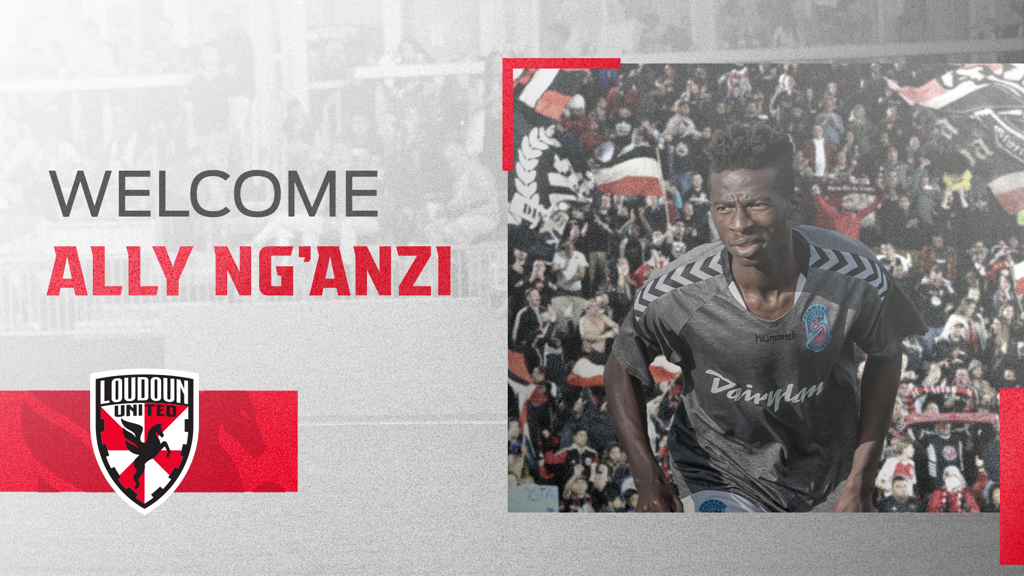 “Ally is a gifted central midfielder with tremendous experience at such a young age. Coming off a season in MLS with Minnesota and having represented his country at every youth national level, he is ready to contribute right away,” Ryan Martin, Loudoun United FC Head Coach, said. “Ally has a good range of passing and vision. He’s also an impressive tackler and will be an exciting addition for Loudoun United.”

Ng’Anzi joins Loudoun United from Czech team MFK Vyskov. The Tanzanian midfielder had an impressive three years of international experience under his belt before making his professional debut in the United States. He captained the Tanzanian U-17 and U-20 teams through the Africa Cup of Nations (AFCON) competition and most recently played for the U-23 side. Ng’Anzi joined MFK Vyskov in late 2018 before being loaned to Minnesota United on March 4, 2019.

Minnesota United FC signed Ng’Anzi in March of 2019 with the intention to have him play with USL League One affiliate Forward Madison. In his stint with the USL side, the 19-year-old made three appearances (two starts), recording a 75% tackle success rate.