Preseason update, who you'll see on the pitch in 2020 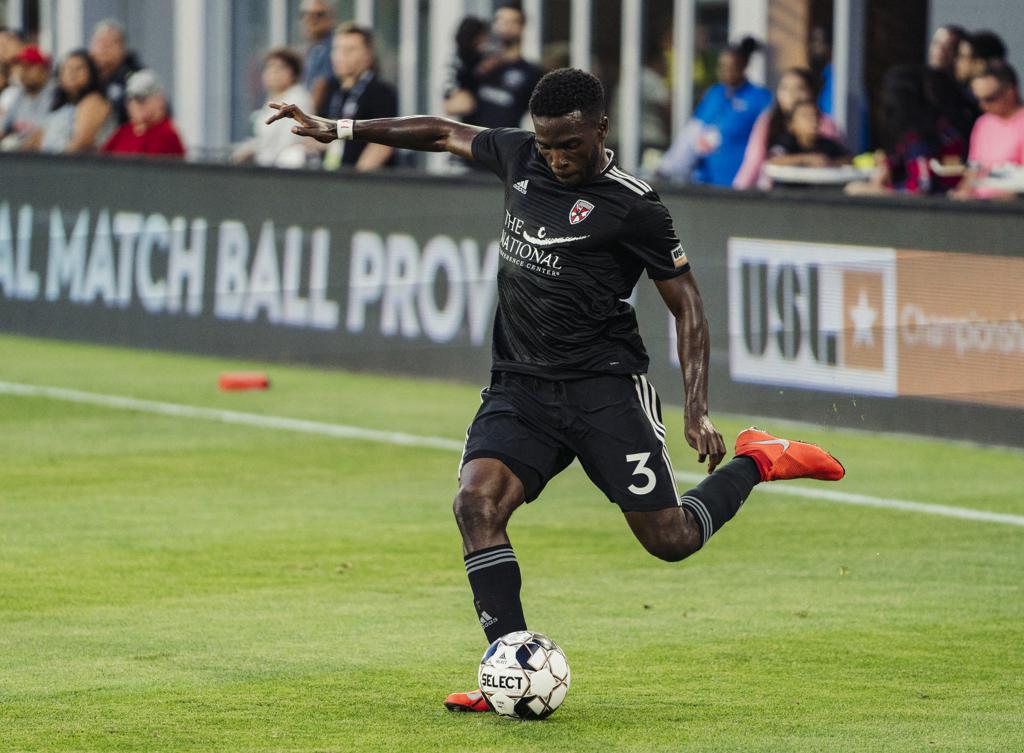 The fourth and final week of the USL Championship preseason is coming to a close, and Loudoun United is a day away from opening their second ever season at Philadelphia Union II on Saturday. In any preseason, a period that flies by and leaves teams playing their first meaningful game before they can even blink, failing to keep up and move forward everyday can set a club behind and dig an early hole into a season. However, coming into the preseason with only eight resigned players and four new faces, head coach Ryan Martin and LUFC have done everything but become stagnant. Since February third, the 2020 roster has shot up to 26 players and although it has a young core, it is a mixed bag of different ages and backgrounds that will be fun for fans to watch. There are returning Loudoun United players, D.C. United academy products, fresh-out-of-college players looking to make their professional debuts, and even some MLS-level talent from parent club D.C. United. Altogether, this squad certainly has the talent to springboard off the promising finish LUFC had in 2019 and compete at a high level in the 2020 USL Championship season.

“We have a good base of players who played in 2019 coming back that we’re excited about,” head Coach Ryan Martin said. Peabo Doue, the 28-year-old with the most USL experience on this roster (104 games), is one of those returning players. He’s the most familiar face on this team, as he appeared in 19 games for the Red-and-White last year and will surely be a team leader in 2020. Elvis Amoh is another returner who is sure to make an impact offensively. The Ghanain forward, who first signed with LUFC in June of 2019, played in 13 games and scored three goals, including a memorable game winner at Segra Field against St. Louis FC. Most recently, he scored on a penalty kick in LUFC’s 1-1 draw in their friendly at Bethlehem last week. Headlining this group of returners is Ali Ndour, as LUFC fans will be eager to see how he follows up his eye-opening entrance into the USL Championship last year. In case you didn’t hear, the Senegalese forward busted on to the scene with 5 goals in his first and only four games of his USL career.

Jake Dengler, Massimo Ferrin, and Brandon Williamson are three newly signed players who have brought their talents from their respective college teams over to Loudoun United. Dengler is a lankey and dynamic center back, standing at six-foot-five and coming out of the University of Connecticut. He also spent some time with the first team at training camp this preseason down in Clearwater, Florida. Massimo Ferrin is coming to LUFC from Syracuse University, where he posted career highs in every statistical category his senior year. Coach Martin has praised his playmaking ability, saying “His ability to create goals for himself and others is something that everybody will enjoy watching.” Lastly, Brandon Williamson has been in D.C. United’s academy since he was 12-years-old and is coming off a fabulous career at Duke University, where he was voted the team’s MVP in 2018. “I think all of them will come in and immediately contribute for us,” Coach Martin said. It will certainly be fun to watch these three transfer their skills from the college game to the professional level.

Michael Gamble and Ally Ng’Anzi are two new signings whose prior professional experience makes them ready to contribute right away in 2020. Gamble was taken by the New England Revolution in the second round of the 2016 MLS SuperDraft. After his time there, he played in the USL Championship for the Tulsa Roughnecks in 2018, playing in 30 games and scoring three goals. Ng’Anzi, the Tanzanian central midfielder, spent some time with Minnesota United in 2019 before being loaned to USL League one affiliate Forward Madison and appearing three times for them. He also has an impressive amount of international experience, having captained the Tanzanian U-17 and U-20 teams in the African Cup of Nations.

On the youngest side of this club, fans will get the pleasure of watching certain players compete in their pathway to pro. And they’ll even get to watch some who have already completed that pathway. For example, Griffin Yow, Moses Nyeman, and Kevin Paredes all have their first MLS preseason training camp under their belt after signing home grown contracts with D.C. United. All three of them saw match time for LUFC in 2019, and surely this experience with the first team will help them lead by example when they spend time in the USL Championship this year.

Ted Ku-Dipietro is another young player that Loudoun United fans will be happy to see back in the Red-and-White, as the 18-year-old signed his first professional contract with LUFC this offseason. He played in nine games in 2019 and scored a goal while also playing for the Academy. Following him are Jeremy Garay, Adam Lundegard, and Jacob Greene. Although they are still academy players, the three of them all saw time with LUFC last season and have been practicing with the squad this preseason.

Overall, this is a dynamic group of players who leave Coach Martin with plenty of options whenever he goes to fill out his lineup card on matchday. From the D.C. United Academy, all the way up to the MLS, there will be an array of talent taking the pitch at Segra Field this season. And despite the differences in age and levels of experience, these boys are meshing well together. “Guys are putting in a good effort, the mentality is great, and we’re already further ahead than we were last year” Martin said.The season opener is approaching, and it won’t be long before Loudoun United’s second year brings a lot of fun nights to Segra Field and the Loudoun soccer community.