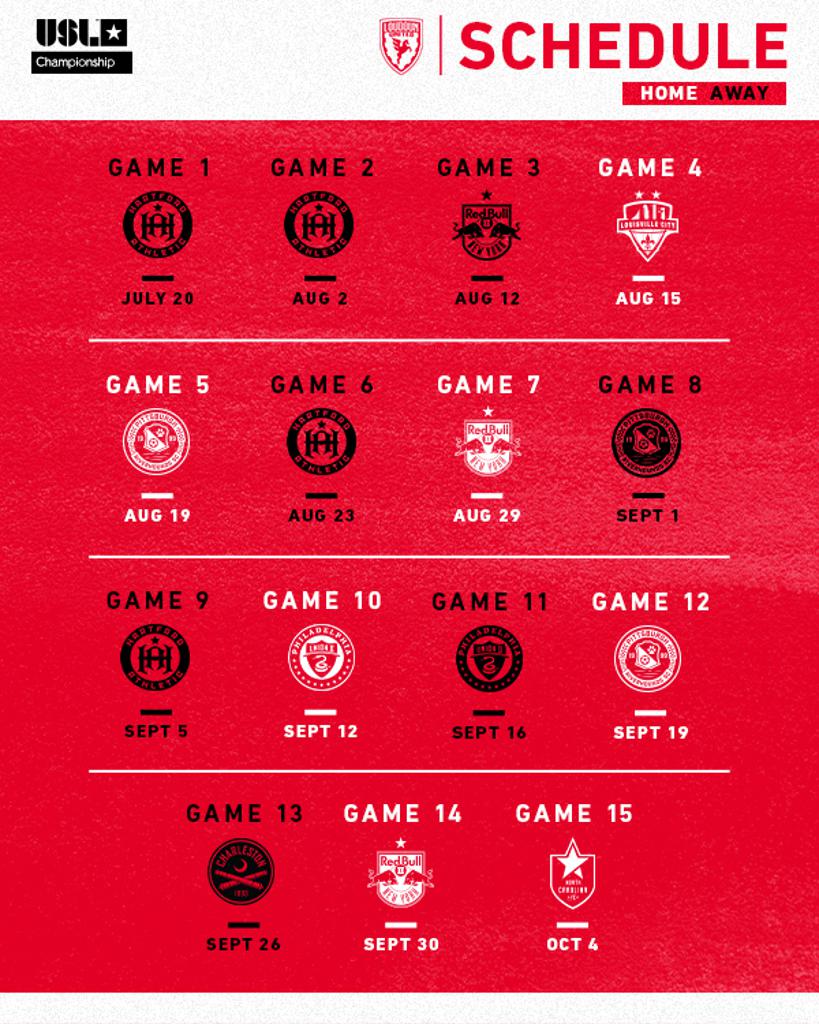 Loudoun United FC will play their first match since the suspension of the 2020 USL Championship season against Hartford Athletic on July 20, which will be nationally televised on ESPN 2. Following a three-match road trip to kick-off the return to play, the Red-and-White will return to Segra Field for their first home match since October 19, 2019, to square off in a rivalry contest against Louisville City FC on August 15.