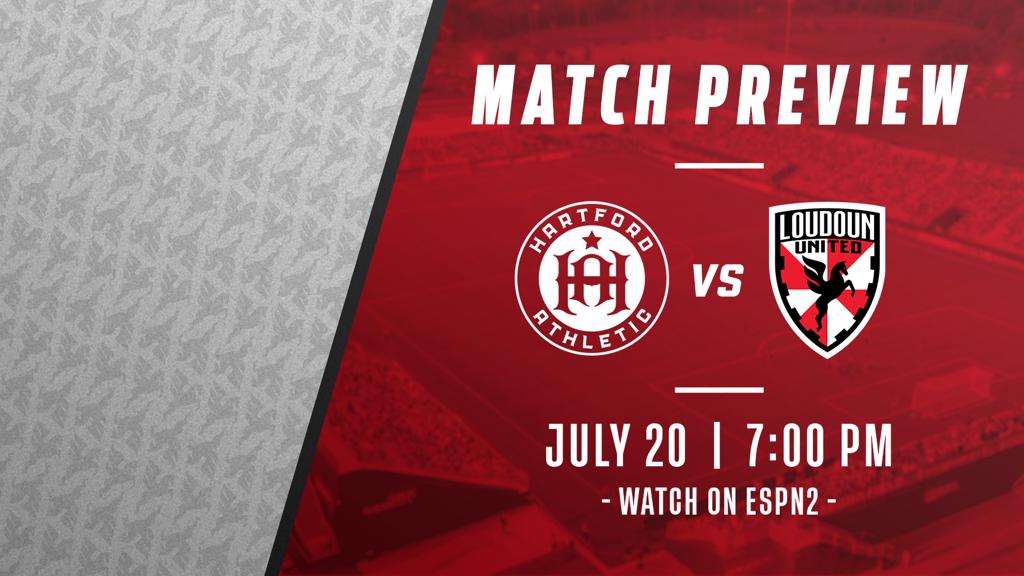 Loudoun United have been placed in Group F for the resumption of the 2020 USL Championship season with Eastern Conference rivals Hartford Athletic, Pittsburgh Riverhounds SC, New York Red Bulls II, and Philadelphia Union II. The Red-and-White will play Hartford Athletic four times and will play the remaining teams in Group F three times. Loudoun will also play an additional three matches outside of Group F against the Charleston Battery, Louisville City FC, and North Carolina FC. The top two teams from each group in the regular season will advance to the 2020 USL Championship Playoffs, producing a field of 16 teams overall in a regionalized single-elimination bracket. Group winners will be paired with Group runners-up in the Round of 16, with home advantage being determined by record for the remainder of the bracket.

Loudoun United FC (0-0-1, 1 pt.) will resume their season on the road against Hartford Athletic (1-0-0, 3 pts.) in their first group stage match on July 20. The match will be nationally broadcasted on ESPN 2 beginning at 7 PM ET. The Red-and-White will be looking to earn their first victory over Hartford as they are 0-2-0 in club history against the Connecticut based club.

In their last match before the suspension of the 2020 USL Championship season, Loudoun United FC recorded a 0-0 draw against the Philadelphia Union II on March 7 at Subaru Park. In the 18th minute, the Red-and-White had their best chance of the game as captain Peabo Doue found Alioune Ndour in the box, forcing a point-blank save from the Union goalkeeper. Defensively, Loudoun proved difficult to break down, as goalkeeper Colin Miller made just three saves, while recording his first shutout of the season. The Red-and-White maintained the majority of possession throughout the match but were unable to break the deadlock against their Eastern Conference rivals as the game ended scoreless.

Hartford Athletic recorded a 1-0 victory over the New York Red Bulls II in their first match of the 2020 USL Championship regular season on July 17.  Cheno Guzmán scored the only goal for Athletic in the 18th minute after finishing into an open net following a mistake from the Red Bulls goalkeeper.  Hartford are now tied on points with the Pittsburgh Riverhounds SC for the number one spot in Group F.  Athletic finished the 2019 USL Championship season in 17th place of the Eastern Conference with a record of 8-21-5.