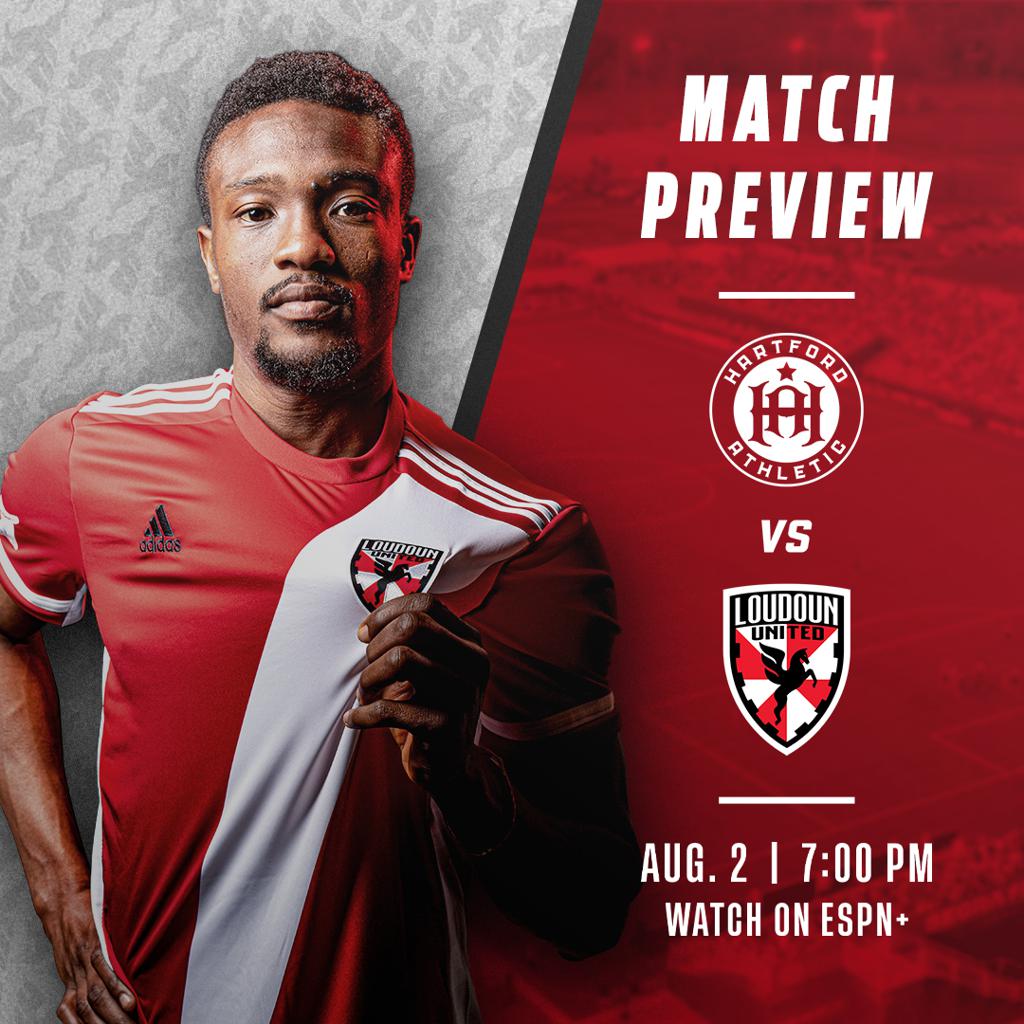 Loudoun United have been placed in Group F for the resumption of the 2020 USL Championship season with Eastern Conference rivals Hartford Athletic, Pittsburgh Riverhounds SC, New York Red Bulls II, and Philadelphia Union II. The Red-and-White will play Hartford Athletic four times and will play the remaining teams in Group F three times. Loudoun will also play an additional three matches outside of Group F against the Charleston Battery, Louisville City FC, and North Carolina FC. The top two teams from each group in the regular season will advance to the 2020 USL Championship Playoffs, producing a field of 16 teams overall in a regionalized single-elimination bracket. Group winners will be paired with Group runners-up in the Round of 16, with home advantage being determined by record for the remainder of the bracket.

Loudoun United FC (0-1-1, 1 pts.) go on the road to take on Hartford Athletic (3-1-0, 9 pts.) for their second group stage match of the 2020 USL Championship season on August 2. The Red-and-White will be looking to earn their first victory over Hartford as they are 0-3-0 in club history against the Connecticut based club.

In their last match, United suffered a 3-1 defeat against Hartford Athletic on July 20.  Massimo Ferrin made his debut for the Red-and-White, while Brandon Williamson was handed his first start. Athletic opened the scoring in the third minute with Kevin Politz heading in a corner kick from the front post. Loudoun nearly equalized in the 24th minute after Michael Gamble got in behind the back four but was unable to beat the goalkeeper from a tight angle. Hartford doubled their lead just before halftime with Harry Swartz finishing a right-footed effort from inside the box. Shortly after the break, Hartford scored their third of the game through Tyreke Johnson in the 55th minute. The Red-and-White responded three minutes later with Elvis Amoh converting from the penalty spot to open his scoring account on the season.  Despite creating some dangerous opportunities in the final moments of the match, Loudoun were unable to complete the comeback as the game ended 3-1.

Hartford Athletic were handed their first defeat of the season by the Indy Eleven in their last match on July 29. Indy Eleven got off to a fast start as they opened the scoring in the fourth minute. The match went into the break with the Eleven leading at 1-0. Just one minute into the second half, Hartford equalized with Alex Dixon finding the back of the net. Indy Eleven regained the lead in the 51st minute and followed it up with two additional goals in the second half to bring the final score to 4-1.

The match will be broadcasted on ESPN+ with coverage beginning at 7 PM ET.