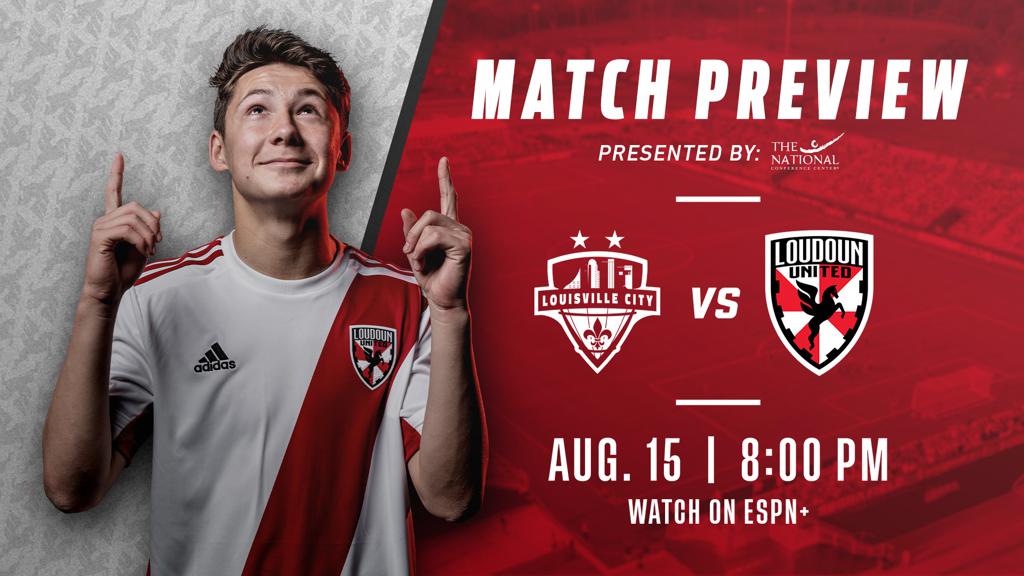 Loudoun United FC (1-2-1, 4 pts.) continues their long stretch of games on the road with their fourth group stage match of the 2020 USL Championship season against Louisville City on Saturday, August 15 at 8 p.m. ET. After picking up a crucial win against New York Red Bulls II on Wednesday night, the Red-and-White will look to continue to add to their point tally in Group F on Saturday night. The top two teams from each group in the regular season will advance to the 2020 USL Championship Playoffs, producing a field of 16 teams overall in a regionalized single-elimination bracket. Group winners will be paired with Group runners-up in the Round of 16, with home-field advantage being determined by record for the remainder of the bracket.

In their last match, LUFC topped New York Red Bulls II 2-1 on Wednesday, August 12 at Red Bull Arena in New York. The Red-and-White took advantage of an early red card to Red Bulls II goalkeeper Wallis Lapsley and kept the pressure on for the remainder of the match. Theodore Ku-DiPietro scored his first professional goal deep into first half stoppage time, courtesy of Kairou Amoustapha’s first assist for the club. Elvis Amoh converted a penalty midway into the second half to double Loudoun United’s lead. Red Bulls II did not go down without a fight, as Preston Kilwien cut through Loudoun United’s defense and scored a goal in the 78thminute. Head coach Ryan Martin’s second-half substitutes proved crucial, as Josh Fawole, Jeremy Garay, Brandon Williamson, Massimo Ferrin, and Peabo Doue all came on and gave the team a massive boost, helping Loudoun United FC hold on for a 2-1 victory.

The match will be broadcasted on ESPN+ with coverage beginning at 8 p.m. ET.