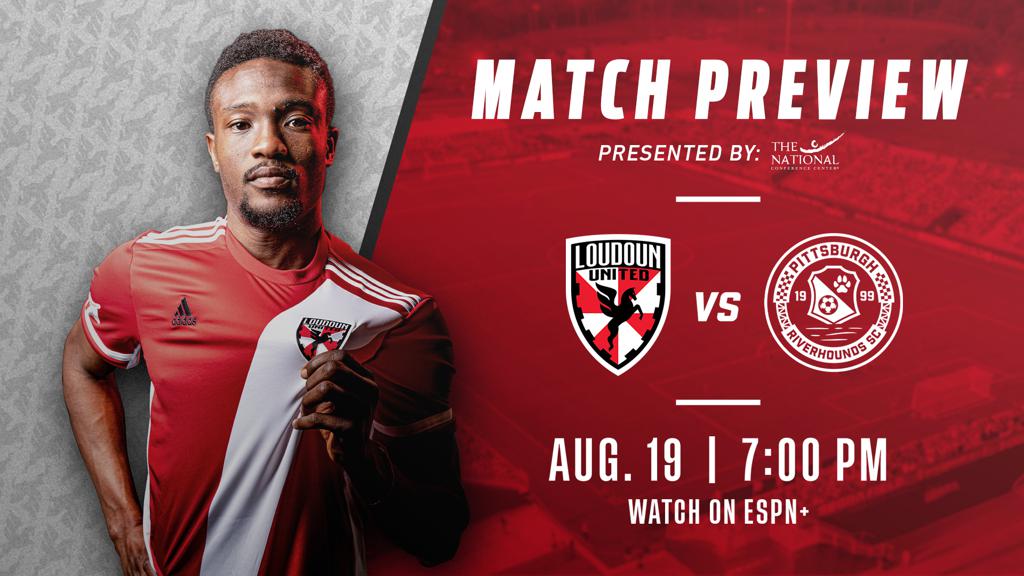 Loudoun United (1-3-1, 4 pts.) return home to Segra Field for the first time in 2020 for their sixth group stage match of the 2020 USL Championship season against Pittsburgh Riverhounds SC on Wednesday, August 19 at 7 p.m. ET. The Red-and-White will look to bounce back from their defeat to Louisville City in their last game and add to their point tally in Group F on Wednesday night. The top two teams from each group in the regular season will advance to the 2020 USL Championship Playoffs, producing a field of 16 teams overall in a regionalized single-elimination bracket. Group winners will be paired with Group runners-up in the Round of 16, with home-field advantage being determined by record for the remainder of the bracket.

This will be the first time Loudoun United FC and Pittsburgh Riverhounds SC match up in 2020. Pittsburgh won the regular season series in 2019, winning both tightly contested matches the two sides played.

In their last match, LUFC lost to Louisville City 2-0 on Saturday, August 15 at Lynn Family Stadium in Louisville, KY. Loudoun United had great opportunities to score throughout the match but were unable to convert in the end­. Louisville City opened the scoring in the 39thminute, courtesy of Cameron Lancaster sliding one to the right of Loudoun goalkeeper Colin Miller. Louisville doubled their lead in the early stages of the second half, as Napo Matsoso placed one into the bottom left corner in the 49thminute, with the assist coming from Paolo DelPiccolo. Head Coach Ryan Martin’s second-half substitutes, Brandon Williamson, Jacob Greene, and Christian Sorto provided a huge spark down the stretch, but unfortunately it was not enough to help Loudoun United break through.

The match will be broadcasted on ESPN+ with coverage beginning at 7 p.m. ET.