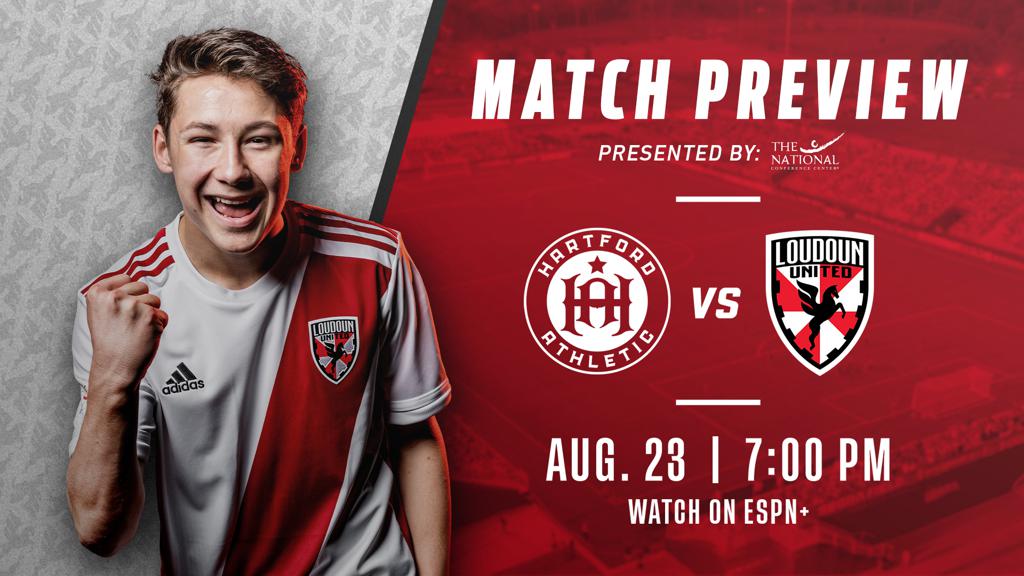 Loudoun United FC (1-4-1, 4 pts.) will head back on the road for their seventh group stage match of the 2020 USL Championship season to face Hartford Athletic on Sunday, August 23 at 7 p.m. ET. The Red-and-White will look to bounce back from their defeat to Pittsburgh Riverhounds SC in their last game and add to their point tally in Group F on Sunday night. The top two teams from each group in the regular season will advance to the 2020 USL Championship Playoffs, producing a field of 16 teams overall in a regionalized single-elimination bracket. Group winners will be paired with Group runners-up in the round of 16, with home-field advantage determined by record for the remainder of the bracket.

This will be the third time these two teams face off in 2020. Hartford Athletic has won both previous matchups, with the first one ending 3-1 on July 20, and the second ending 4-1 on August 2.

In their last match, Loudoun United lost 2-0 to Pittsburgh Riverhounds SC in their first home match back at Segra Field in 2020. They fell behind early, as Pittsburgh tallied two goals in the first 11 minutes, courtesy of Steevan Santos scoring in the seventh minute and Lukas Fernandes scoring four minutes later to double their lead. Loudoun United played well for the rest of the half and were able to create good goalscoring opportunities. At the end of the first half, Nelson Martinez picked up his second yellow card of the match, resulting in the Red-and-White having to play the remainder of the match with only 10 men.

LUFC played well in the second half despite being a man down, as head coach Ryan Martin’s substitutes Jeremy Garay, Josh Fawole, Brandon Williamson, Eramuse Momoh, and Mike Gamble helped keep the pressure on until the final whistle. Unfortunately, the Red-and-White were unable to find a breakthrough, and the match finished 2-0.

The match will be broadcasted on ESPN+ with coverage beginning at 7 p.m. ET.