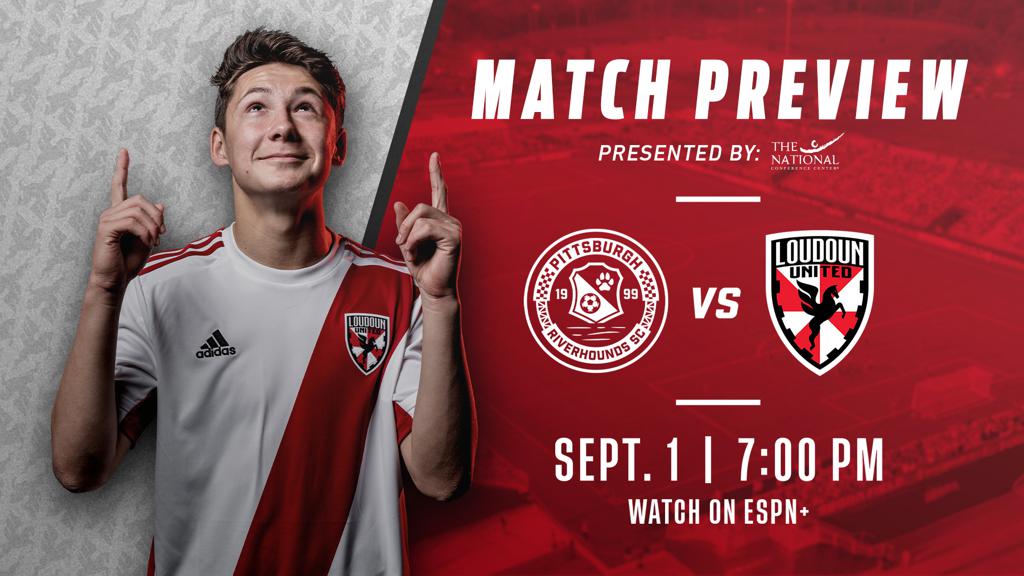 The Red-and-White fell to the Riverhounds 2-0 earlier this year at Segra Field, despite having more shots and the same amount of attempts on target. Loudoun United went down to ten men right before halftime, but kept a clean sheet in the second half and created the better of the scoring chances.

New signing, Kairou Amoustapha shined in Loudoun United’s last match, a 3-2 defeat to New York Red Bulls II. His first goal for the Red-and-White came on the heels of a penalty save by goalkeeper Colin Miller in the 40thminute.  Amoustapha received a nice pass from Michael Gamble on the right wing and chipped the ball over the goalkeeper to even the score. The 19-year-old Niger youth international scored his second of the match – and his LUFC career – in the 64thminute, when he pounced on a rebound, slotting it home, after the initial shot was saved by Red Bulls II goalkeeper Wallis Lapsley. The match continued its frantic pace for the remaining half hour, but neither team was able to put the ball in the net again, and the score finished 3-2 in favor of New York Red Bulls II.

The Red-and-White will look to bounce back and add to their point tally in Group F on Tuesday. The top two teams from each group in the regular season will advance to the 2020 USL Championship Playoffs, producing a field of 16 teams overall in a regionalized single-elimination bracket. Group winners will be paired with Group runners-up in the Round of 16, with home-field advantage being determined by record for the remainder of the bracket.

The match will be broadcast on ESPN+ with coverage beginning at 7:00 p.m. EST.