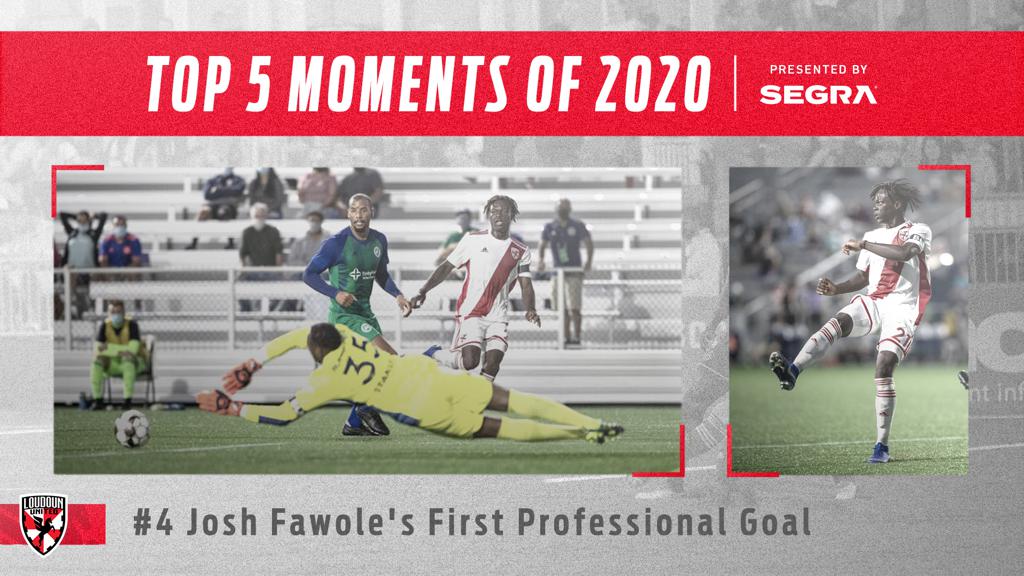 Josh Fawole scored his first career goal for Loudoun United FC on September 5, against Hartford Athletic. We caught up with the 22-year old striker to talk about his time with the Red-and-White, his plans for the rest of the season, and of course how it felt to find the back of the net the first time as a professional.

“The feeling was amazing, and I thank God for making it happen,” Fawole said, when asked about his first goal for the club, said. “I could see the play developing before it actually did, so when the ball went over the top to Sorto I knew which run to make. Once I saw the net shake, I knew I could finally check “scoring my first pro goal” off my list. I was ecstatic. My celebration after says it all!”

Fawole, a Columbia, Maryland native, attended Loyola University in Maryland where he made 68 appearances and scored 20 goals and tallied 10 assists. While playing in college, he spent time in the USL PDL with the Baltimore Bohemians, the NPSL playing for FC Baltimore, and USL League Two with The Villages SC down in Florida.

“This first season has been tremendous in terms of my development and growth,” Fawole said. “I feel well adjusted to the speed of play and everything else the game has to bring at this level. I hope to finish the season strong and make my mark with this club.”

Fawole was selected with the 42ndoverall pick in the 2020 MLS SuperDraft by D.C. United and officially signed with Loudoun United on March 6, 2020. He made his professional debut a day later, appearing as a 57th minute substitute in a 0-0 draw against Philadelphia Union II. He has appeared in eight games for the Red-and-White so far this season.

On his mindset heading into the later stages of the season, Fawole added, “It’s important we stay confident in order to end the season with as many points as possible. I will be doing whatever it takes to help myself and the team perform at a higher level than our opponents.”

After seeing his first goal go in Saturday night, Fawole will look to keep the momentum going for himself and the rest of the team heading into their final six matches of the 2020 USL Championship season.