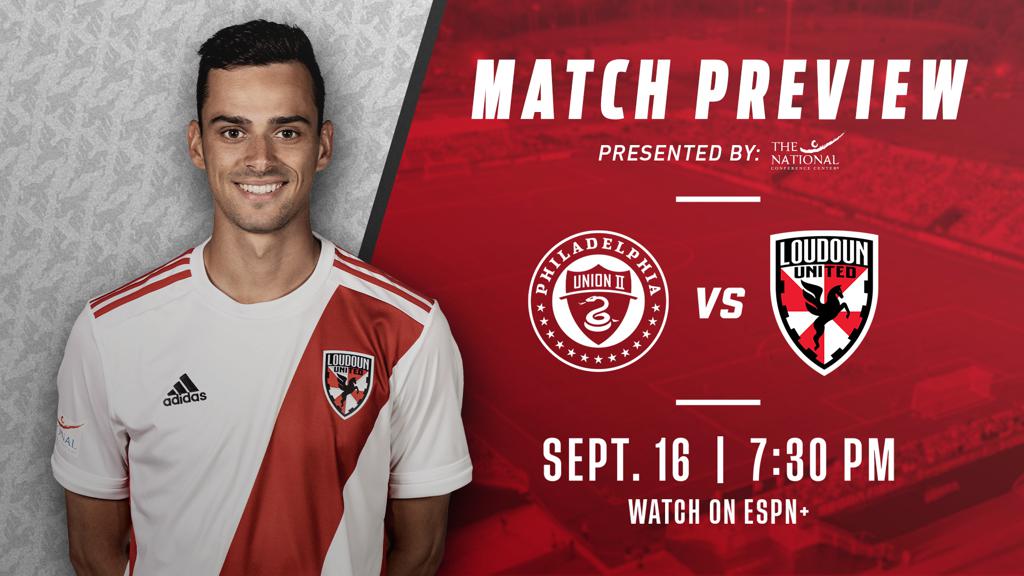 Loudoun United FC (1-7-3, 6 pts.) will travel to Subaru Park to face Philadelphia Union II for their twelfth match of the 2020 USL Championship season on Wednesday, September 16 at 7:30 p.m. EST.

These two teams have met twice during the 2020 season and drew both times. The first match, on March 7 ended in 0-0 draw and they shared the points again as the most recent outing on September 12 finished 1-1. Loudoun United have only lost once against Philadelphia Union II in their club history.

In their last match, the Red-and-White drew 1-1 to Philadelphia Union II despite going down a goal and a man early in the match. Union II forward, Patrick Bohui headed in a goal off a free kick in the 10th minute to give Philadelphia a 1-0 lead and then three minutes later, Loudoun United defender, Adam Lundegard picked up his second yellow card. Despite the man disadvantage, Loudoun United played well for the rest of the half and were able to find an equalizing goal in the 42nd minute through the individual brilliance of Kairou Amoustapha. He chased down a loose ball in the box, got a shot on target, and then followed up on the rebound to eventually find the back of the net.

Loudoun United’s offense continued to get behind and put pressure on Union II’s defense but were unable to find a second goal. As the Red-and-White fought to hang on to the draw, playing with 10-men for nearly 80 minutes. Forward, Michael Gamble, received his second yellow card in stoppage time and was sent off. In the end, the team’s effort was rewarded, as Loudoun United held strong and picked up a point against the Philadelphia Union II.

Goalkeeper, Simon Lefebvre, set a USL record and a career-high with 13 saves in the match, including keeping out what looked a sure goal in the 55th minute, as he dove to his right to push aside a well-taken free kick. He was able to keep the match level for the entirety of the second half despite a large amount of pressure on the Red-and-White defense.

The Red-and-White will look to continue to add to their point tally in Group F on Wednesday night. The top two teams from each group in the regular season will advance to the 2020

USL Championship Playoffs, producing a field of 16 teams overall in a regionalized single-elimination bracket. Group winners will be paired with Group runners-up in the Round of 16, with home-field advantage being determined by record for the remainder of the bracket.

The match will be broadcast on ESPN+ with coverage at 7:30 p.m. EST