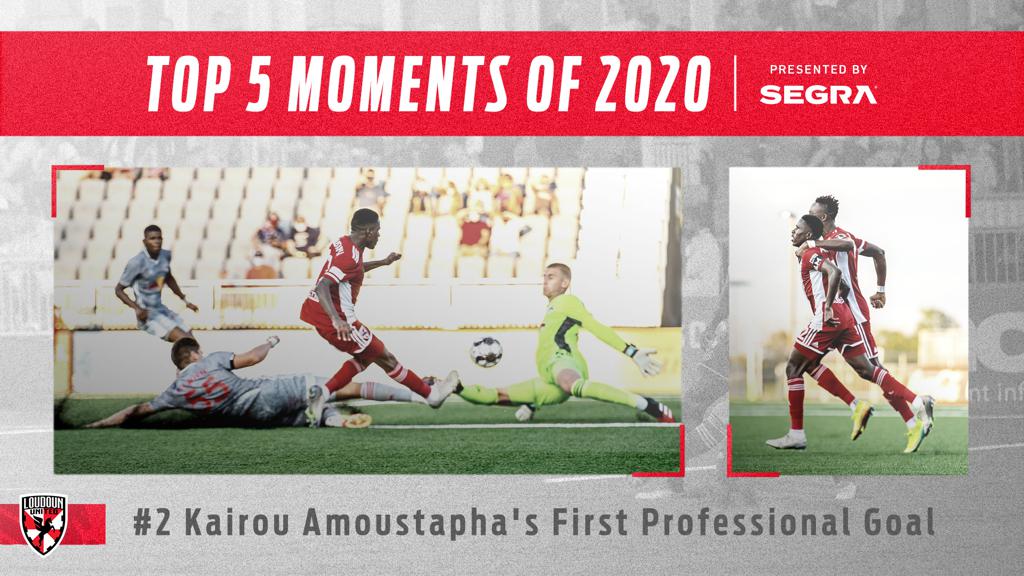 After a long journey to get to America and wait out his quarantine period, Kairou Amoustapha made major strides in his professional development on August 29, when he not only scored his first professional goal against the New York Red Bulls II, but topped it off with a brace to end the night. The Niger native continued to improve throughout the season, totaling three goals and one assist in his nine appearances with the Red-and-White.

Amoustapha joined Loudoun from Association Sportive Nationale (ASN) de la Nigelec, a Niger Premier League club located in Niamey, Niger. The 19-year-old played with Niger’s U17, U20, and U23 teams, starting with his international debut in the FIFA U17 World Cup in 2017. The young striker also made appearances in the U17 and U20 Africa Cup of Nations (AFCON). During his three years of international play, Amoustapha made seven appearances, scored three goals, tallied one assist and totaled 406 minutes.