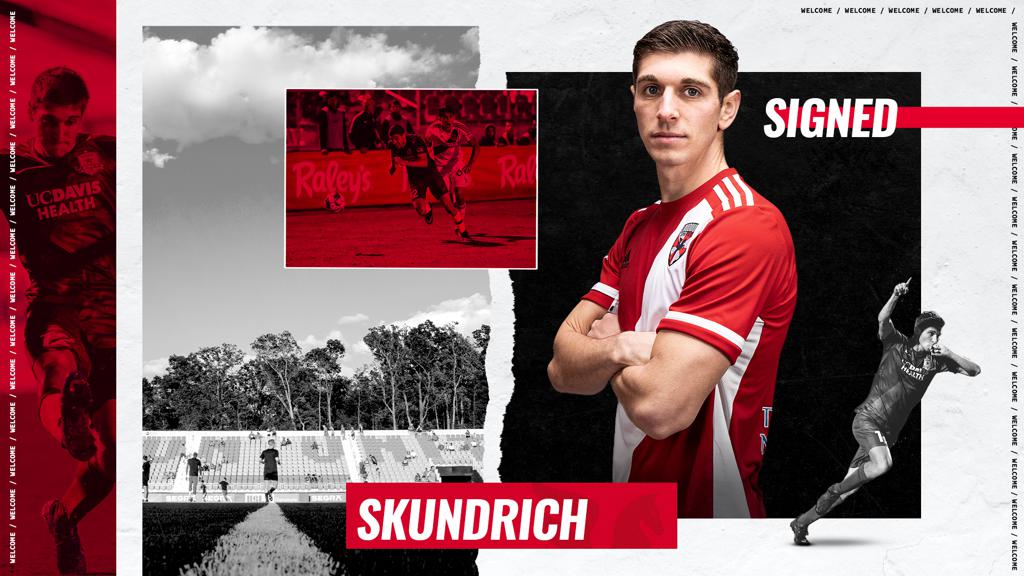 “Drew is coming to us after two successful seasons playing in the midfield for Sacramento Republic FC,” Ryan Martin, Head Coach of Loudoun United FC, said. “We are excited to acquire a player of his quality and someone who has had prior success in our league. We look forward to seeing the positive impact he’ll have on Loudoun United in 2021.”

Skundrich started his professional career playing for fellow USL Championship side, Philadelphia Union II, for one year, before signing with Sacramento Republic FC in December 2018. In his past two seasons with Sacramento, the 25-year-old appeared in 49 matches, scoring four goals and recording five assists.

Prior to his professional career, Skundrich played four years of collegiate soccer at Stanford University from 2014 to 2017. During his time at Stanford he made 82 appearances, scoring nine goals and adding 13 assists. The midfielder, who served as team captain during his junior and senior year, played an integral role in Stanford’s three consecutive NCAA Division I National Championship (2015-2017) and was named to the All-Pac-12 First Team and Top Drawer Soccer Best XI Second Team in 2017.