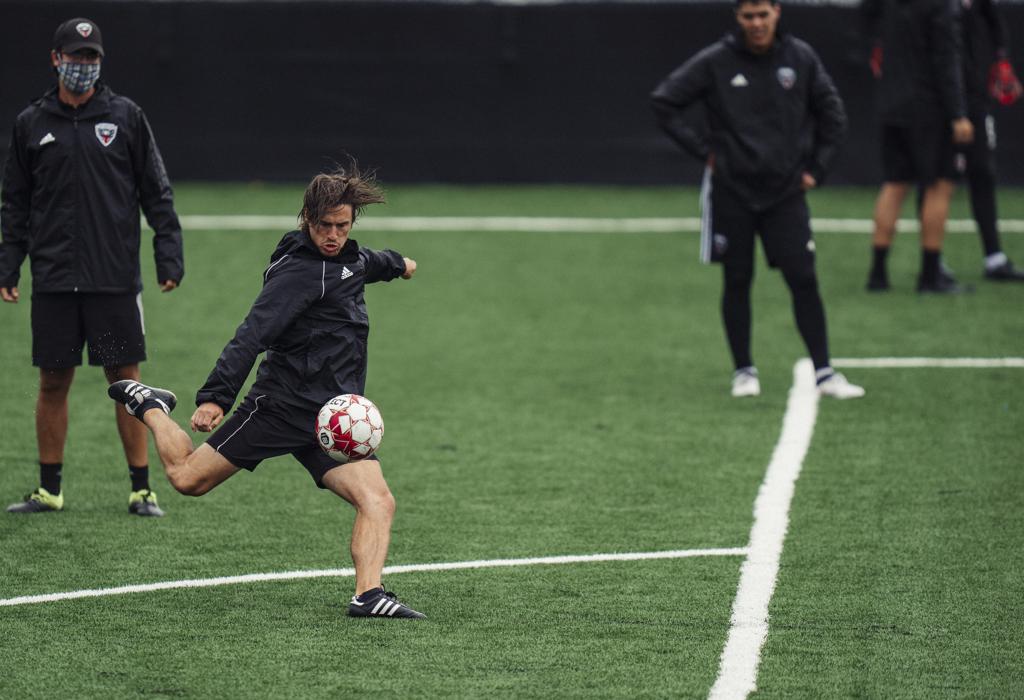 Loudoun United FC announced today that assistant coach Victor Lonchuk has departed the club to become the assistant coach and head of sports performance for Comunicaciones F.C. in the top division of Guatemalan professional soccer.

“We can’t thank Victor enough for his efforts over the past year. He has been instrumental in the progress of Loudoun United and his expertise in sports performance played a pivotal role in the development of our young players,” Ryan Martin, Loudoun United FC Head Coach, said. “We are sad to see him go, but are incredibly happy that his work with our club was so well-regarded that he was recognized with this great new opportunity with Comunicaciones F.C., one of the best clubs in the top division in Guatemala.”

Lonchuk joined Loudoun United FC as an assistant coach in Fall 2020. He was a valuable resource for Loudoun United in their second season; working closely under Head Coach Ryan Martin to establish a team philosophy and style of play. Lonchuk’s move to Guatemalan club powerhouse, Comunicaciones F.C., shows the vertical growth and development that is possible at Loudoun United as both a player and coach.

“The Loudoun United development model is not just for players. Victor has proven that our club is a pathway to the very top for members of our technical staff as well,” Stewart Mairs, D.C. United Technical Director, said. “In two seasons, we have seen five youth players progress from Loudoun United and sign first team contracts with D.C. United. Victor will be the first coach to follow this development pathway and we wish him all the best as he joins a top team in the CONCACAF region.

D.C. United ownership continues to invest in the infrastructure of the club and the introduction of United Soccer League affiliate, Loudoun United FC, in 2019 has proven to be an integral bridge to the D.C. United first team for young players like Moses Nyeman, Donovan Pines, Kevin Paredes, and Griffin Yow. Lonchuk’s high-level hiring demonstrates how Loudoun United FC is also a pathway for young, talented, and aspiring coaches in the area.

Lonchuk was born in Buenos Aires, Argentina but has lived in the United States for the previous ten years. During this time, Lonchuk has worked at every level of the soccer hierarchy in the United States, offering his expertise in soccer-specific strength and conditioning. Most recently, he worked as an Assistant Coach at Iona College (D1), winning their first conference championship in the history of the University in 2019.

His journey within the soccer industry also includes working as an Analyst and Scout for teams competing in the NASL league, as well as in the CONCACAF Champions League. Lonchuk has a Bachelor’s Degree in Physical Education from Lindenwood University and a Master’s Degree in Sports and Exercise Science (Biomechanics & Physiology) from Middlesex University.