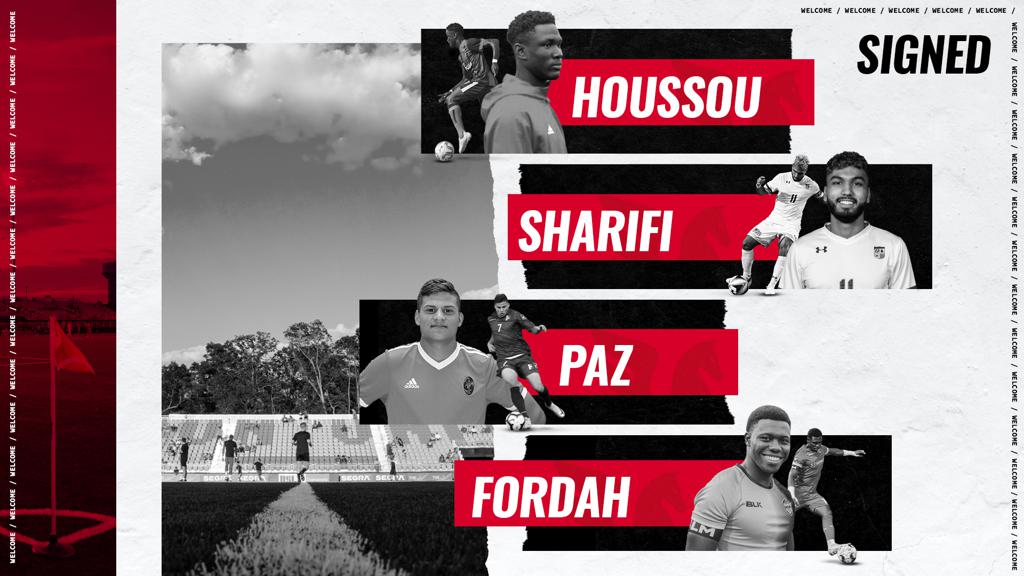 Fordah, a London native, was a product of the Luton Town academy in the English Football League Championship. After leaving Luton Town, Fordah represented a number of non-league teams in England including Lewes FC, Ware FC and Bunbury United before signing with New York Red Bulls II on June 24, 2014. After a spell with New York Red Bulls II, Fordah had stints with AC Connecticut in USL League Two, the New York Cosmos B in the National Premier Soccer League, and most recently with USL Championship side, El Paso Locomotive, where he started two matches and kept one clean sheet in the 2020 season.

“Jermaine will add some important experience and depth at goalkeeper for Loudoun United this season,” Ryan Martin, Loudoun United Head Coach, said. “He has played at a variety of professional levels during his career and we’re looking forward to adding his leadership to the roster”

Darluis Paz, a Venezuelan winger, has played for Deportivo La Guaira FC in the Venezuelan Primera División since signing with the club in 2018 at just 16-years-old. The winger played in 12 matches with the club and scored one goal and recorded two assists. Paz also has experience at the international level, playing four matches with the Venezuela U-17 team at the South American Championship in 2019. He started all four matches for Venezuela and contributed an assist during the tournament.

“Darluis is a young and extremely talented winger who already has professional experience at 18-years-old,” Ryan Martin, Loudoun United Head Coach, said. “He has a lot of potential with a high-ceiling for success and we’re looking forward to him making an immediate impact on the field in 2021.”

“We are very familiar with Sharifi after playing New York Red Bulls II twice in 2020,” Ryan Martin, Loudoun United Head Coach, said. “He has the ability to create goal scoring opportunities but also is committed on the defensive side. Sharifi is another young player with high potential and we’re looking forward to his contributions in 2021.”

Nanan Houssou joins Loudoun United FC on loan from ASI D'Abengourou from the first division in the Ivory Coast. The 20-year-old scored seven goals and recorded 16 assists in 20 appearances for ASI in the 2019-2020 season. Houssou also represented the U-20 Ivory Coast National Team in 2019.

“Nanan is another promising young player with a ton of potential,” Ryan Martin, Loudoun United Head Coach, said. “He is a powerful and athletic box-to-box midfielder who has the ability to both create and score goals. He will be an exciting player to watch in 2021 and we’re looking forward to having him on the team.”