Preseason Has Kicked Off for the Red-and-White 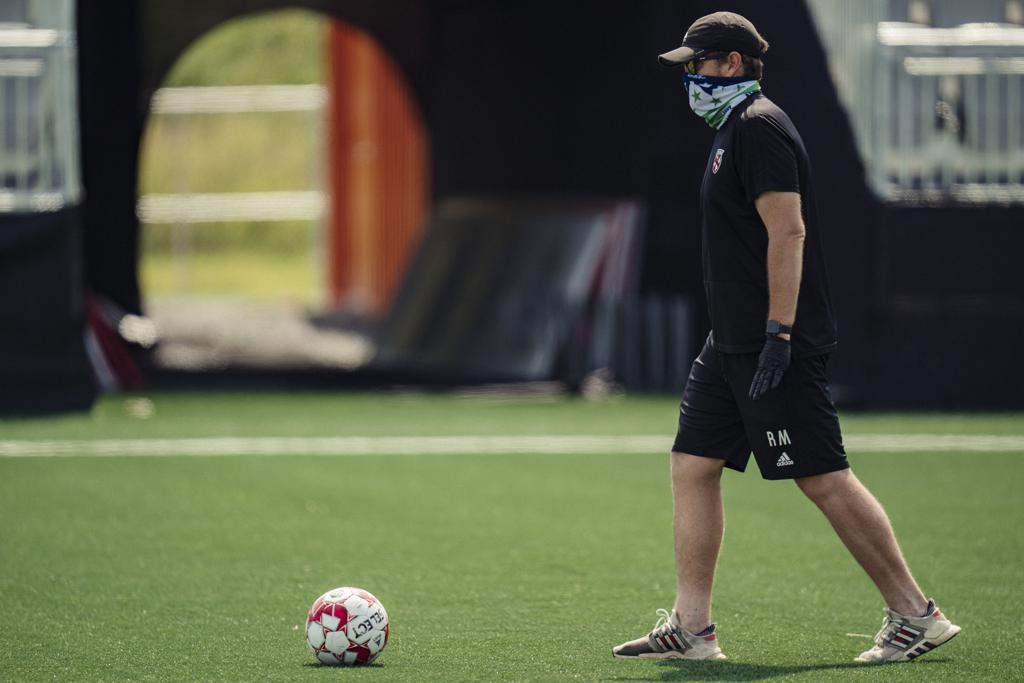 Loudoun United FC’s 2021 preseason has officially kicked off with the Red-and-White returning to Segra Field for their third season in the USL Championship. The team are preparing for the 2021 season with a competitive preseason schedule, starting with Major League Soccer affiliate, D.C. United, at Audi Field on March 26 at 3 p.m. ET.

“Overall there is a lot of excitement just to be back on the field. It's been a long break, so I know myself, the staff, and the players are just ready to be back out here,” said Ryan Martin, Loudoun United Head coach. “We have seen a little bit of rustiness, but I think the guys are coming together pretty well. It's a very talented, collective group of players who are all competing and trying to earn their jersey and their spot in the starting eleven.”

While fans will see some returning players on the pitch this year, Loudoun United have also welcomed several new faces.

“It  has actually been a lot easier than it has in years past for the team to come together because the returning guys have excellent character traits and very good leadership qualities, so it's been a quick and easy process to form the team culture we want,” Martin said. “Everybody's been happy, enjoying it, and competing.”

With a mix of experienced players and academy kids looking to make their debut, Loudoun United are working to develop the club’s Pathway to Pro program even further, utilizing the leadership of the club’s USL veterans. Midfielder Ted Ku-DiPietro is included in this group of developing leaders, being with the club since 2019, the 19-year old is ready to step-up to the challenge and help the team achieve their goals.

“I want to do anything I can to help the team win games, get some streaks going and give the fans what they deserve,” Ted Ku-DiPietro, said. “We all have more experience under our belts now, pair that with this group of eager academy players and we have a great team.”

One week into preseason, other team standouts include Robby Dambrot and Massimo Ferrin along with newcomers Sam Sergi and Jermaine Fordah, and Academy product Jeremy Garay.

“It's been nice to have Robby back. He has been a breath of fresh air, Massimo has been very good this week, Sam is a great new addition to the team, Jermaine is doing exceptionally well in goal,  and Jeremy has been training with us and is ready for the season as well,” Martin said. “We've been pretty pleased with a number of performances and will continue to see guys step up in the weeks following.”