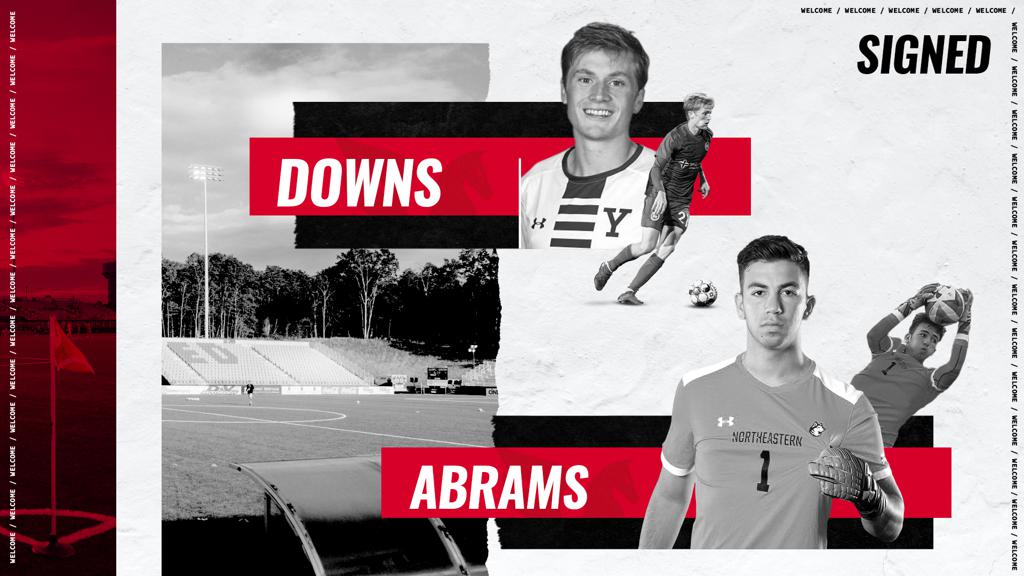 Abrams grew up in Sheffield, Massachusetts where he played three years at the Berkshire School, the number two ranked preparatory school team in the country at the time. From 2017-2019, the 23-year old played collegiate soccer at Northeastern University where he appeared in 20 matches in his three years with the team. Abrams recorded 59 saves and kept one clean sheet during his career with Northeastern.

“Noah is a good young goalkeeper who recently was playing professionally in Israel and trained with us last year,” Ryan Martin, Loudoun United Head Coach, said. “He is very competitive and has a great mentality. He is a good shot stopper who we think will benefit from working with our goalkeeper coach, Juan Pablo. He will add to the depth and quality to our goalkeeper group and we are excited to have him join us.”

Downs, a Salisbury, Connecticut native, played collegiately at Yale University from 2015 to 2018. The midfielder scored nine goals and recorded 15 assists in 65 appearances with the team. Downs signed with Hartford Athletic in the USL Championship on Jan. 17, 2019. In his two-year stint with the club, Downs made 37 appearances across all competitions.

“Nicky is someone I have been following from his time at Yale. A very technically gifted midfielder who can read the game at a very high level and has a great range of passing,” Martin, said. “His ambition and desire to improve on a daily basis fits the mindset of our group and I couldn’t be more excited to add him to the group.”

Loudoun United kickoff their season on May 2 away to Miami FC and return to Segra Field for the club’s home opener on May 18 against Red Bulls II. View the full schedule here: www.loudoununitedfc.com/schedule-2021.