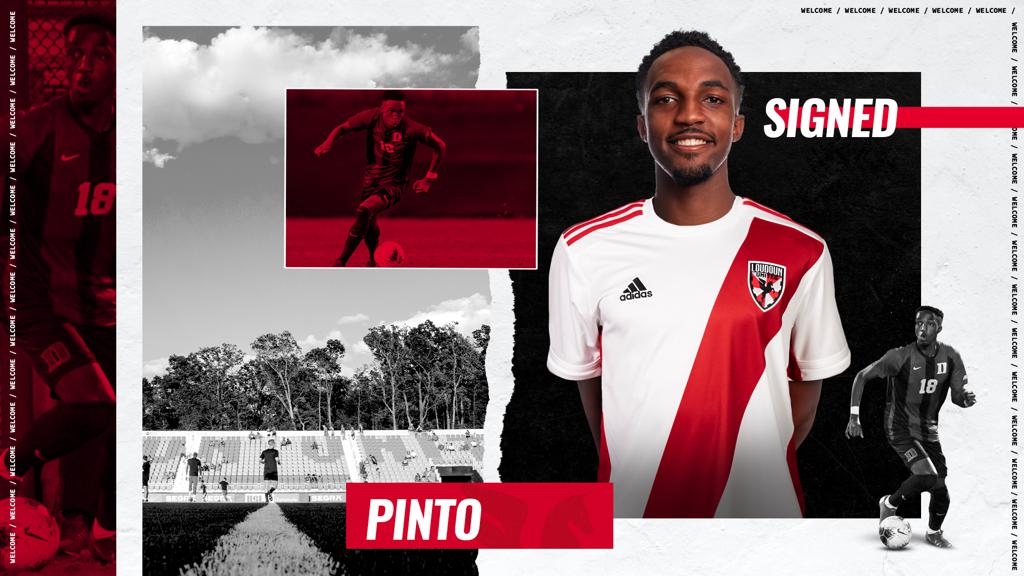 Loudoun United FC announced today the signing of defender Hassan Pinto ahead of the 2021 USL Championship season. The signing is pending league and federation approval.

“Hassan has had a great preseason and has shown a good amount of growth a short time,” Ryan Martin, Loudoun United Head Coach, said. “He is a very athletic right back who can cover a lot of ground and add into the attack. I look forward to working with Hassan and seeing his development this year.”

Pinto started his professional career when he signed with the Richmond Kickers in the United Soccer League (USL) League on Aug. 6, 2020. In one season with the Kickers, Pinto made one appearance as a substitute in the 2-1 win against Orlando City B on Oct. 8, 2020. During his collegiate career, Pinto had stints with Wake FC in USL League Two where he made six appearances in 2019.

Pinto played the first three years of his collegiate career at Elon University from 2016-2018 where he started in 47 out of the 48 matches the team played during those three seasons. The 23-year old defender recorded two assists and helped Elon post 22 total shutouts during his time with the team.

Pinto spent his final year of college eligibility playing for Duke University where he started 17 matches and was a crucial part in Duke’s defense which kept six shutouts during the 2019 season. He scored one goal while at Duke and was named the John Rennie Nike Invitational All-Tournament MVP after helping the team win the title.