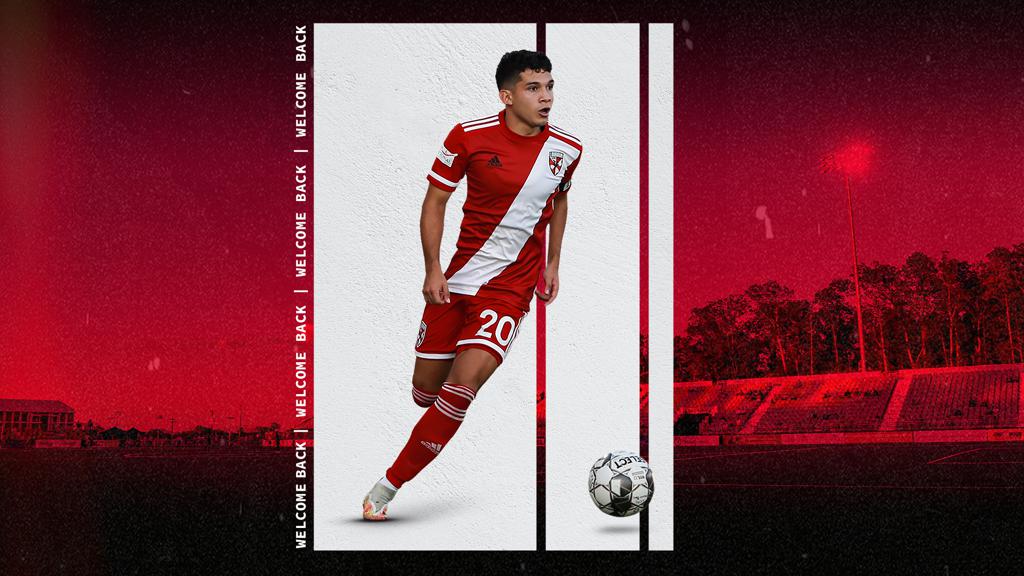 LEESBURG, Va. - Loudoun United today announced that the club have re-signed defender Allexon Saravia ahead of the 2021 USL Championship season. The signing is pending league and federation approval.

“Allexon had a great start to the season last year and we are excited to have him back as he continues to grow as a professional,” Loudoun United Head Coach Ryan Martin, said. “He is savvy, reads the game well and can play anywhere along the back line.”

Saravia made eight appearances (five starts) for Loudoun United while in the D.C. United Academy before signing his first professional contract with the USL Championship side on July 1, 2019. The 20-year old defender appeared in 24 matches (18 starts) during his first two years with Loudoun United and has been a versatile member of the team’s defense, having played as a center back, left back, right back, and as a defensive midfielder during his time with the club.

Prior to his professional career, the Alexandria, Va. native spent three years in the D.C. United Academy and scored six goals in 56 appearances. In addition to his time with the academy, Saravia was named to the El Salvador U-17 roster during the 2017 CONCACAF Under-17 Championship in Panama.