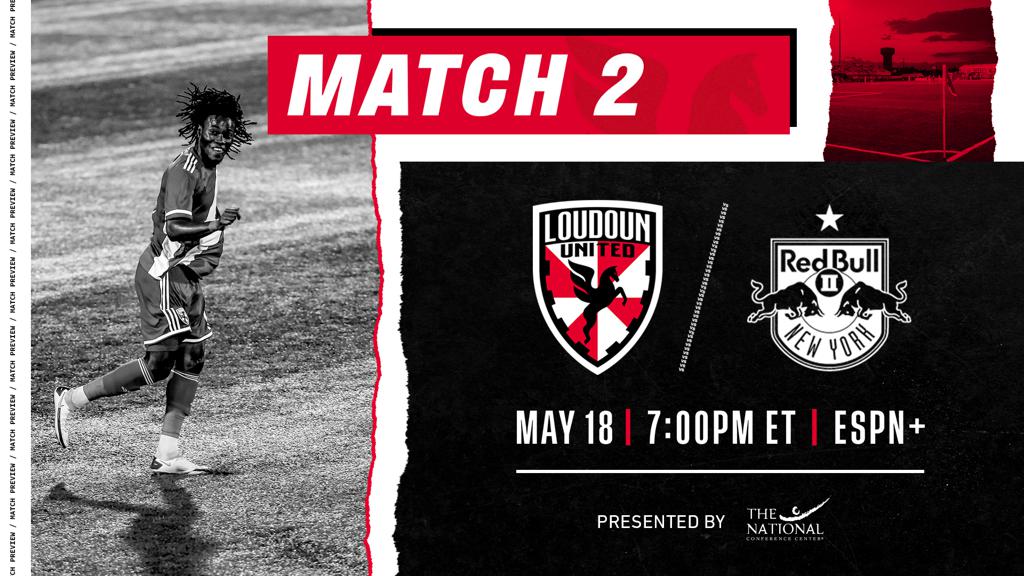 Loudoun United are set to play their second match of the 2021 United Soccer League (USL) Championship season on Tuesday, May 18 against New York Red Bulls II at 7:00 p.m. EST. The Red-and-White will look to rebound from their loss to Miami FC in their first match of the season and earn a win in their home opener at Segra Field on Tuesday night.

In their last match against Miami FC, Loudoun took 34 shots and controlled 64% of the possession but were unable to come back from the two quick goals Miami scored in the first half. Miami FC scored goals in the 6thand 7thminutes with the first one coming from Paco Craig and the second one coming off an unfortunate own goal that was deflected into his own net by Wahab Ackwei. Loudoun responded well and took control of the match after conceding early. In the 14thminute, Miami FC were given a red card after Janos Lobe fouled a Loudoun United player from behind to deny a clear goalscoring opportunity, allowing Loudoun United to play the rest of the match with a man advantage. The Red-and-White dominated the rest of the first half but were unable to find the breakthrough, and the match went into halftime with Miami leading 2-0.

Loudoun United continued to put pressure on Miami in the second half with Kairou Amoustapha and Samson Sergi leading the way offensively. They got behind the defense on multiple occasions and put pressure on Miami’s back line and goalkeeper. They were finally rewarded for their efforts in the 83rdminute when Amoustapha scored with a powerful effort from inside the box after a perfect pass by Diego Gomez put him through. The Red-and-White had a couple chances at the end of the match to find the equalizer but were unable to find the back of the net again. In the end, Loudoun United came up just short, falling 2-1 to Miami FC.

The match will be broadcast on ESPN+ with coverage beginning at 7 p.m. EST.