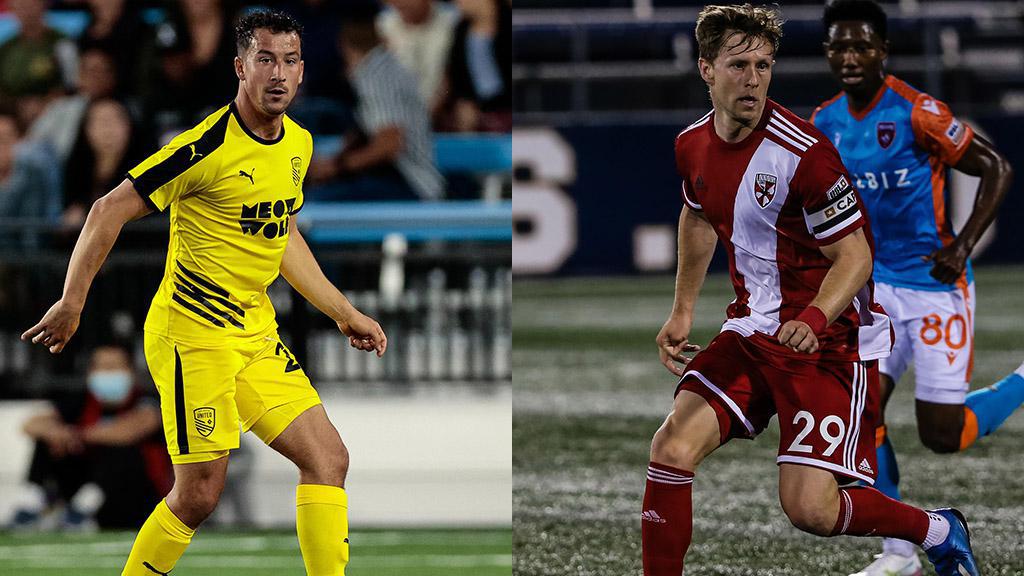 New Mexico United's Kalen Ryden and Loudoun United FC's Timmy Mehl will lead their teams into action as the sides meet for the first time on Saturday night.

ALBUQUERQUE, N.M. – New Mexico United will look to add to its current two-game winning streak when it plays host to winless Loudoun United FC on Saturday night in the first interconference contest in both club’s histories. Kickoff at Isotopes Park is scheduled for 9:30 p.m. ET.

@NewMexicoUTD (2-1-1, 7pts) earned its second win of the season last Friday night as it rallied from an early deficit to take a 3-1 victory against Colorado Springs Switchbacks FC. Goals by Sergio Rivas, Amando Moreno and a late insurance tally by Daniel Bruce gave the side its second consecutive three-goal outing to take victory at Weidner Field. Rivas and Moreno have now scored in back-to-back games and will be hoping to continue those streaks as they return home on Saturday night. United will be without midfielder Andrew Tinari after his red card for two cautionable offenses against the Switchbacks, which could open the door for a first start this season for veteran midfielder Micheal Azira since his offseason move to New Mexico.

@LoudounUnitedFC (0-2-0, 0pts) arrives in New Mexico after suffering 2-1 defeats in each of its opening two games of the season. Loudoun most recently fell to the New York Red Bulls II in its home opener on May 18 in a game that saw former New Mexico player Sammy Sergi score his first goal for the club. Sergi is set for face his former teammates this weekend and brings a solid contingent of young talent that will be looking to upset the odds after accumulating a 4.80 Expected Goals mark without much reward in the way of goals across its first two games of the season.