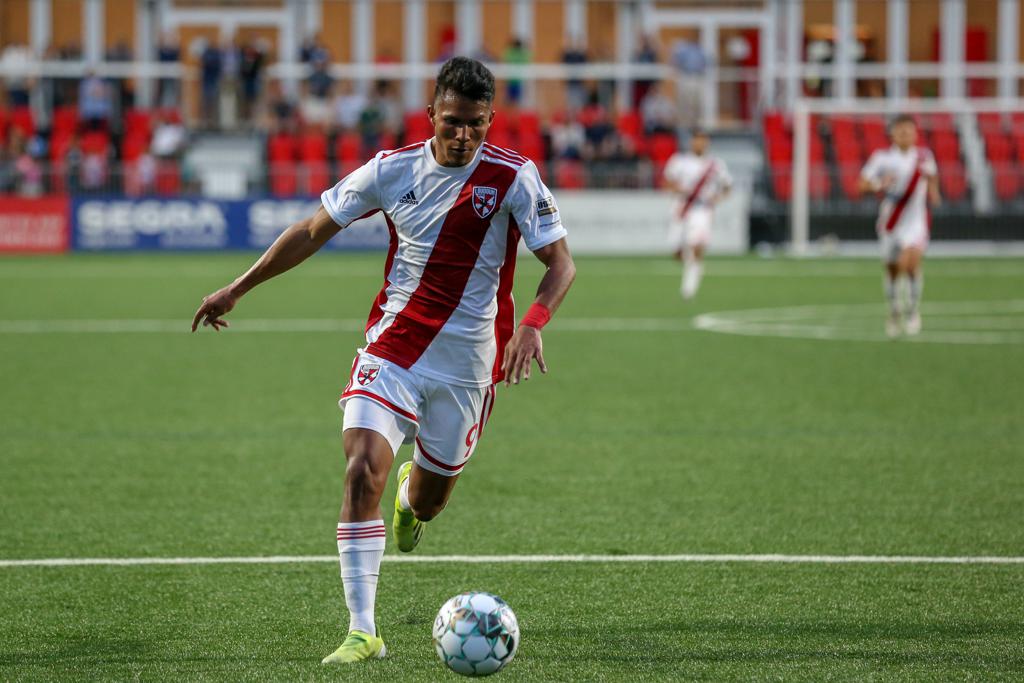 Loudoun United lost 3-2 to Pittsburgh Riverhounds SC in their fourth match of the 2021 United Soccer League (USL) Championship season. Despite a dominant second half display and outshooting the visitors on the night, the Red-and-White, they were unable to overturn the two goal deficit they faced from the first half.

Pittsburgh Riverhounds SC opened the scoring in the 18thminute when Anthony Velarde scored off a cross from Hugh Alexander Dixon. The Riverhounds found their second goal in the 41stminute when a cross from the right wing took an unfortunate deflection off of Ackwei and into his own net. Loudoun went into halftime trailing 2-0.

The Red-and-White began the second half on the attack and were rewarded with a quick goal, bringing the match to life. Jovanny Bolivar played a couple of slick one-twos on the edge of the Riverhounds box before smashing his strike through the goalkeeper’s legs from in-close in the 50thminute for his second goal in as many matches. As Loudoun’s pressure continued, a swift counterattack by Pittsburgh against the run of play led to a penalty kick, which was converted in the 58thminute restoring their two goal advantage. The back-and-forth second half continued in the 70thminute when Logan Panchot fired a low, driven shot into the bottom right corner from outside the box after a perfect lay-off from Bolivar. The goal was the first of Panchot’s professional career and it brought Loudoun to within one goal. The Red-and-White came close to the equalizer on multiple occasions at the end of the match, including a goal line clearance deep into added time. In the end, Loudoun were unable to find a third goal and the match ended 3-2 in favor of Pittsburgh.

Loudoun United’s next match is against the Charleston Battery on Tuesday, June 8 at 7 p.m. EST at Segra Field. The match can be streamed on ESPN+.