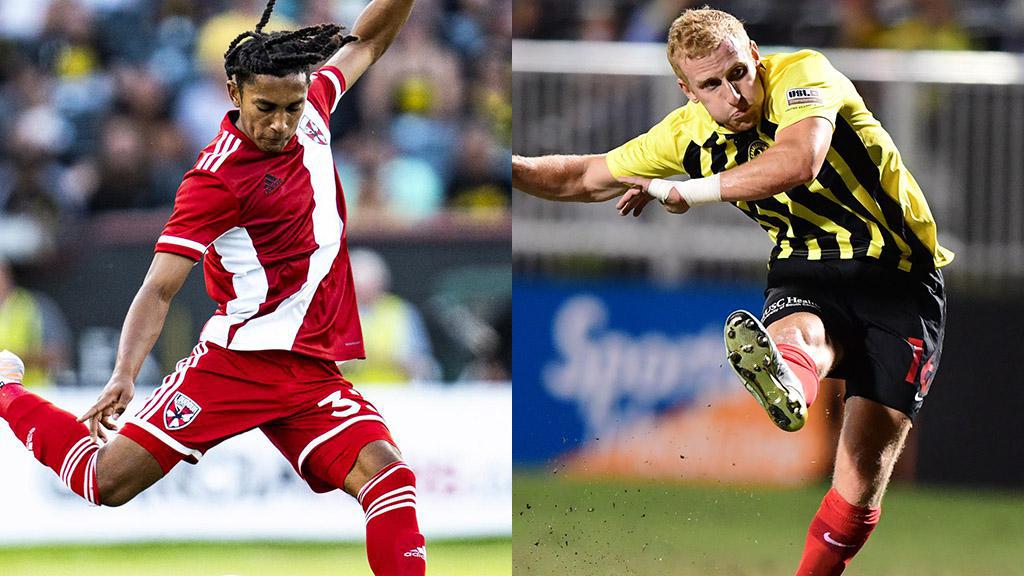 Loudoun United FC's Jacob Greene and the Charleston Battery's Burke Fahling could square off on Tuesday night as their sides meet for the first time since the 2019 Championship season.

LEESBURG, Va. – The Charleston Battery will look for their first win of the 2021 USL Championship season on Tuesday night as they visit Loudoun United FC at Segra Field where the hosts will be looking to rebound from a narrow defeat in their last outing. Kickoff is scheduled for 7 p.m. ET.

@LoudounUnitedFC (1-3-0, 3pts) returns to action after narrowly falling 3-2 to Pittsburgh Riverhounds SC at Segra Field last Wednesday night. United fell behind by a pair of goals to the visitors in the first half but rallied back as Jovanny Bolivar scored his second goal in as many games and Logan Panchot scored his first goal in the professional ranks before a late chance that came to Gaoussou Samake was cleared off the goal line to deny the side a late equalizer. Loudoun has been one of the more enterprising attacking sides in the Championship this season, with midfielder Jeremy Garay sitting tied for seventh in the league with 12 chances created, and the side overall sitting with an Expected Goals mark of 7.32xG in four outings while finding the net five times. That will leave United hoping for better fortunes as it looks for its second win against the Battery in the short series between the clubs.

The @Chas_Battery (0-1-2, 2pts) saw their most recent contest washed out as lightning and heavy rains forced a postponement of the club’s clash with the LA Galaxy II last Friday night at Patriots Point. That and the weekend’s results left the Battery as one of only two sides to have yet to take victory in the Eastern Conference this season, but Head Coach Mike Anhaeuser’s side may be hopefully of a breakthrough of the sort it managed when it last visited Loudoun in 2019 and took a 2-1 victory behind goals from Taylor Mueller and Dante Marini. The Battery have also underperformed in attack according to the numbers with three goals compared to a 4.17xG through three games, and the visitors will be hoping to come to life to earn a result to spark the season.