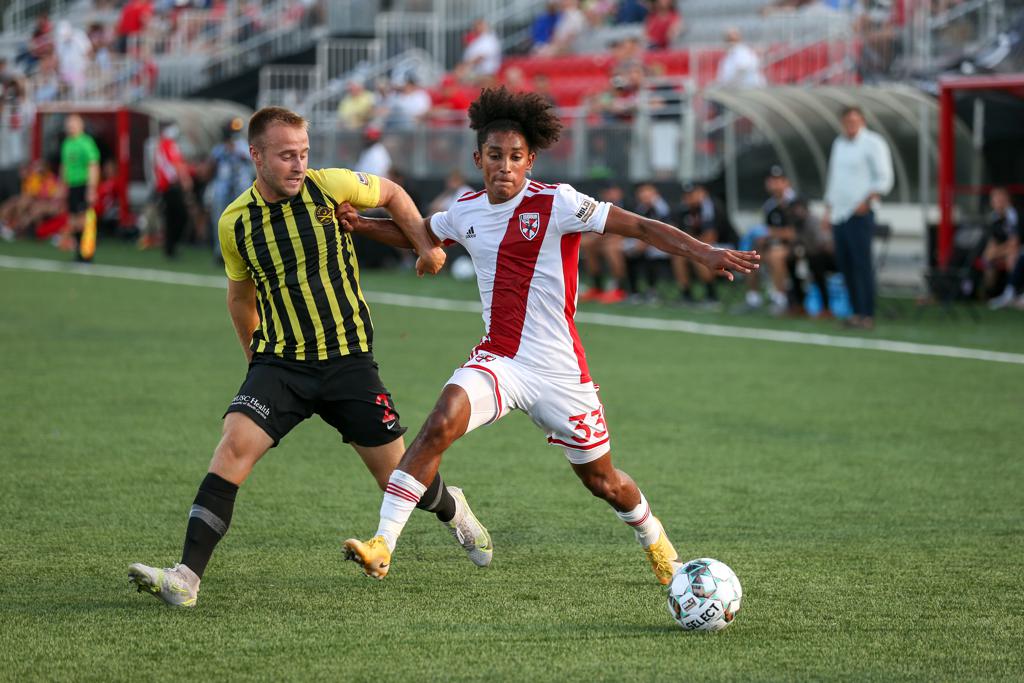 Loudoun United FC lost 1-0 to the Charleston Battery in their fifth match of the 2021 United Soccer League (USL) Championship Regular Season. Despite keeping a majority of the possession in the match and outshooting the visitors 11-9, Loudoun were unable to find the back of the net and fell to 1-4-0 on the season.

Keegan Meyer made his debut for Loudoun United in goal, with Michael DeShields, Timmy Mehl, and Robert Dambrot starting as the defensive back three. Jacob Greene and Logan Panchot played as the wingbacks, with Jeremy Garay and Nicky Downs paired together in the center of the park. Darluis Paz, Ted Ku-DiPietro, and Samson Sergi started as the front three for the Red-and-White.

Loudoun United kept 62% of the possession in the first half and played much of the opening forty-five in the opponent’s final third. Darluis Paz was effective down the left wing, constantly beating Charleston defenders down the line and getting crosses into the box. Robert Dambrot had the best goalscoring opportunity of the first half for the Red-and-White in the 40thminute when he found space in the box after a corner kick, but his left-footed shot was saved by the Charleston goalkeeper. Despite the dominance in possession and the good chances created during the opening 45 minutes, Loudoun United went into the break level at 0-0.

The two teams remained scoreless for the better part of the second half before Burke Fahling converted from in close to give Charleston the first goal of the match in the 73rdminute completely against the run of play. Keegan Meyer, in his debut match for the club, made a diving stop to his right in the 84thminute that kept Loudoun United at a one-goal deficit. Loudoun pushed until the final whistle and nearly found an equalizer in the 90thminute when Timmy Mehl’s header off a corner kick flew just over the crossbar.

Loudoun United’s next match is against the Tampa Bay Rowdies on Friday, June 11 at 7:30 p.m. EST. The match can be streamed on ESPN+.