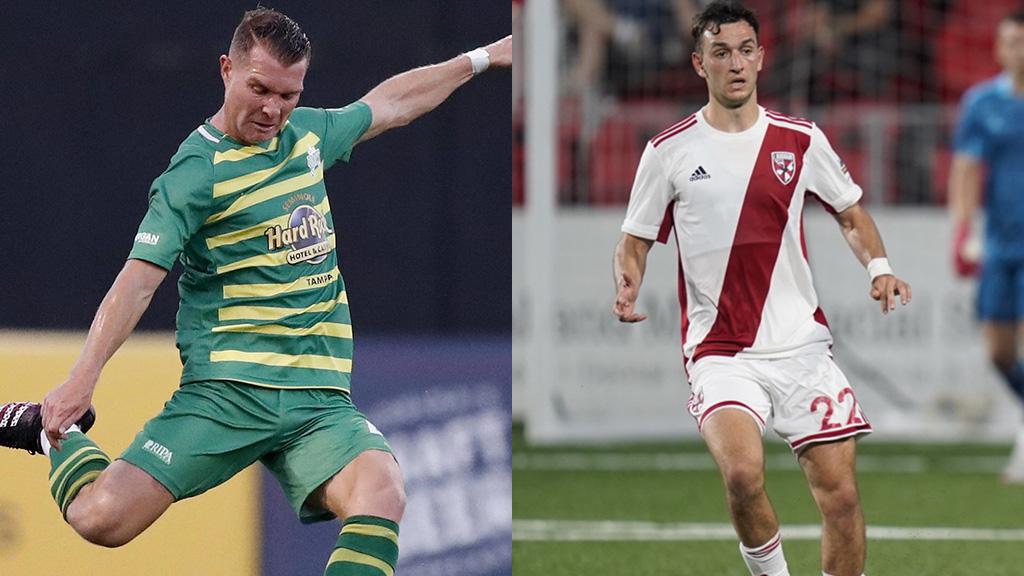 The Tampa Bay Rowdies' Lewis Hilton and Loudoun United FC's Robbie Dambrot will lead their sides into action on Friday night in the first meeting between the teams since the 2019 season.

ST. PETERSBURG, Fla. – The Tampa Bay Rowdies will try to rebound from their first loss of the 2021 USL Championship season as they play host to Loudoun United FC on Friday night at Al Lang Stadium as the visitors arrive off two one-goal defeats in their past two outings. Kickoff is scheduled for 7:30 p.m. ET.

The @TampaBayRowdies (5-1-0, 15pts) came up just short in their bid to match the best start to a season in the Championship’s history after suffering a 1-0 defeat to the Charlotte Independence last Saturday night. The game marked the first time in 12 contests that the Rowdies had been held scoreless as Junior Etou’s penalty kick for Charlotte stood as the lone goal of the game. The club’s strong start to the season saw Head Coach Neill Collins named as the Championship’s Coach of the Month for April/May on Wednesday, with the side having posted one of the best defensive records in the league this season, allowing only three goals and recording three shutouts in six games. Tampa Bay will be looking for its first win against Loudoun on Friday night after the visitors earned a 0-0 draw in their prior visit to Al Lang Stadium in 2019 before taking a 2-0 victory on home turf later that year.

@LoudounUnitedFC (1-4-0, 3pts) is also looking to bounce back from a 1-0 defeat in its last outing as the side fell to the Charleston Battery on Tuesday night at Segra Field. Loudoun had the better of the contest in the first half and for spells of the second but was unable to find a way past Battery goalkeeper Joe Kuzminsky. The side currently ranks seventh in the league in shots with 84, an average of 16.8 per game, but currently sits last in the league with 9.1 percent conversion rate while posting a 38.2 shooting accuracy rate. That has resulted in a -3.31 differential between the club’s Expected Goals (8.31xG) and its five goals this season, meaning the side’s finishing will need to be sharper if its to start converting the chances it is consistently creating.