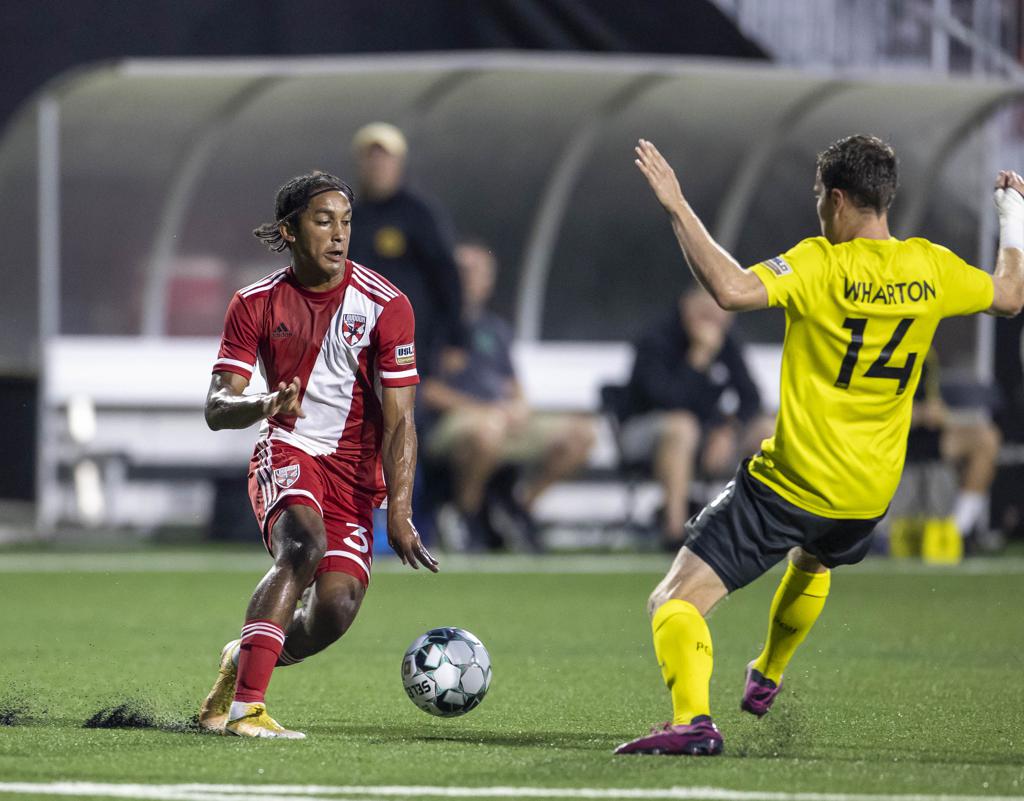 Loudoun United won 2-1 against Pittsburgh Riverhounds SC in their ninth match of the 2021 United Soccer League (USL) Championship regular season. Loudoun won their first match at home on the season thanks to strikes from outside of the box by Ted Ku-DiPietro and Jovanny Bolivar.

The match started nearly two hours late, as inclement weather coming in right before kickoff forced the teams and fans to leave the field area until it was safe to start the match.

Loudoun United played well in the first half, keeping 54% of the possession in the opening period thanks to the strong play of Ted Ku-DiPietro and Jeremy Garay in the center of the midfield. They did well to break up the play when they didn’t have the ball and kept it when they did have the ball. Loudoun had a number of close goalscoring chances in the first half, including Darluis Paz’s header in the 13thminute that went just wide and Gaossou Samake’s effort from outside the box that was narrowly tipped away by the Pittsburgh goalkeeper. The Red-and-White found the lone goal of the first half when Ted Ku-DiPietro’s curled effort from long range beat the goalkeeper into the top right corner. It was Ku-DiPietro’s first goal of the season and the third in his Loudoun United career.

The Pittsburgh Riverhounds scored the first goal of the second half in the 48thminute when Louis Perez capitalized on a counterattack and finished from in-close. Loudoun responded well and scored a goal of their own in the 75thminute when Jovanny Bolivar scored his fourth goal of the season, launching a shot into the top left corner from well outside the box, giving the Pittsburgh goalkeeper no chance of getting a hand to it. Loudoun’s defense stayed strong for the remainder of the match, keeping Pittsburgh’s offense out and giving them no chance of finding the opportunity to get the equalizing goal. Loudoun United hung on to win 2-1.

Loudoun United’s next match is on July 4 against Hartford Athletic. Tune into ESPN+ to watch the match.