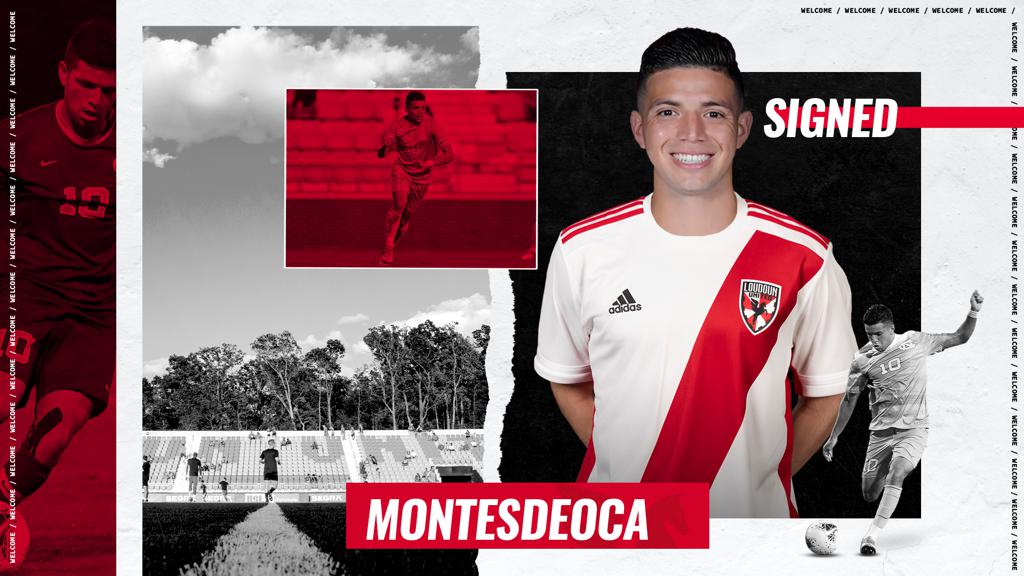 “Giovanni is a young and hungry forward who we think has the ability to make an immediate impact for Loudoun United this season,” Ryan Martin, Loudoun United Head Coach, said. “He played four seasons at the University of North Carolina and had an impressive goal scoring and assist record. He was instrumental in UNC's College Cup run last season. He has great instincts in front of goal and possesses the ability to link up play, so we are looking forward to integrating him into the roster for the remainder of the USL season.”

Montesdeoca, a Dallas Texas native, spent four seasons with the University of North Carolina in the National Collegiate Athletic Association (NCAA) Division I. After joining the Tar Heels in 2017, Montesdeoca scored 13 goals and six assists in 37 appearances (22 games started). His breakout season came in 2018 when he scored eight goals and recorded four assists in 19 appearances (15 starts). After missing the 2019 season due to injury, Montesdeoca returned to the UNC lineup in 2020 and scored one goal and recorded one assist in six appearances.