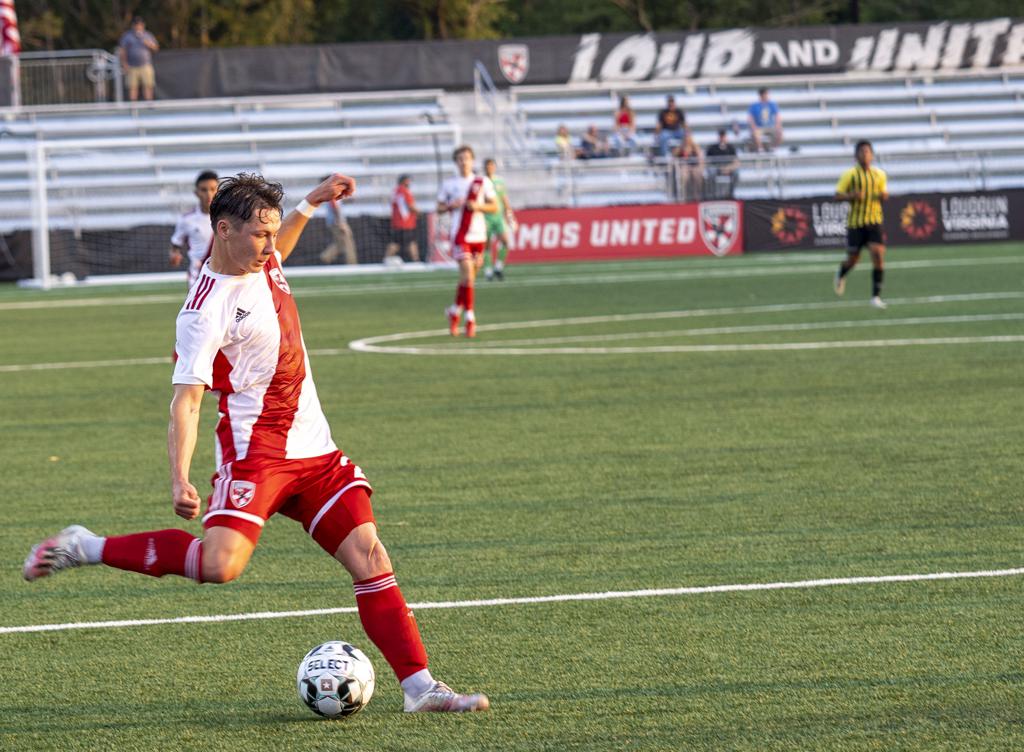 Loudoun United drew 0-0 with the Charlotte Independence in their 16th match of the 2021 United Soccer League (USL) Season.

Loudoun United started with Jermaine Fordah in net and Jacob Greene, Timmy Mehl, Allexon Saravia, and Hassan Pinto as the defensive back four. Jeremy Garay, Nicky Downs, Ted Ku-DiPietro, Darluis Paz, and Kairou Amoustapha played as the five in midfield and Kimarni Smith led the line as the lone striker for the Red-and-White.

Both sides took a little bit to grow into the match and it was Charlotte who had the first few chances. Loudoun United keeper Jermaine Fordah came up with a pair of big saves to keep the match level in the opening twenty minutes. The Red-and-White’s first chance came in the 35thminute when Darluis Paz beat two defenders only to see his left-footed strike from the edge of the box parried away by a diving Charlotte goalkeeper. Despite a flurry of attacks from the home side to close out the opening forty-five minutes the teams went into the break level, 0-0.

The second half began much like the first with both sides probing for an opening. Fordah continued his good play in goal for Loudoun United making two acrobatic saves to deny Charlotte. Ted Ku-Dipietro pushed the hosts forward with several driving runs with the ball as Loudoun looked to unlock the Independence backline. Second half substitute and homegrown midfielder Jackson Hopkins was the closest to open the scoring as he let fly from twenty-five out, but the visiting keeper pushed it away for a corner. The match ended 0-0 and the two sides shared the points on the night.

Loudoun United’s next match is against the Charleston Battery on Friday, August 13 at 7:30 p.m. The match can be streamed on ESPN+.