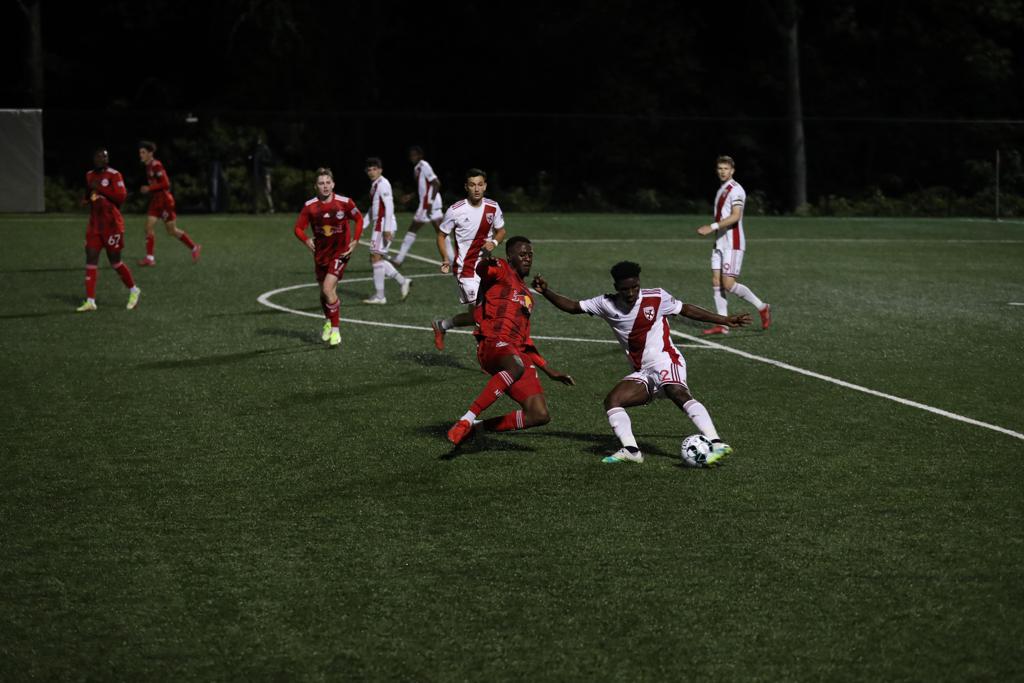 Loudoun United started with Jonathan Mennell in goal and Robert Dambrot, Timmy Mehl, and Allexon Saravia starting in the back three. Jace Clark and Gaoussou Samaké started as the two wingbacks and Michael Gamble, Jeremy Garay, and Ted Ku-DiPietro started in the midfield. Giovanni Montesdeoca and Jackson Hopkins started up front for the Red-and-White.

Loudoun United started the match on the front foot and scored the opening goal in the 4th minute when Ted Ku-DiPietro weaved his way through the defense and finished into the bottom right corner from in close. Loudoun doubled their lead in the 20th minute when Jackson Hopkins scored his first career professional goal. Ted Ku-DiPietro found space on the left side of the box and crossed it into Hopkins who calmly finished past the goalkeeper with a first-time effort. The Red-and-White kept the pressure on and nearly found a third goal on multiple occasions later in the first half. New York scored in the 37th minute when Omar Sowe converted on a penalty kick. Loudoun went into halftime leading 2-1.

Red Bulls II tied the match in the 55thminute when Luther Archimede rose up and converted a header past Jonathan Mennell. Loudoun re-took the lead in the 57th minute when Gaoussou Samaké got on the end of a perfect ball over the top by Jeremy Garay and finished into the bottom left corner with his left foot. The goal was the first for Samaké in his professional career. The back-and-forth second half continued just a minute later when Mathias Jorgensen fired a shot into the top left corner from outside the box. The fast pace continued for the remainder of the half, but neither side were able to find the back of the net to take the lead. The two sides split the points in a 3-3 draw.

Loudoun United’s next match is against the Charlotte Independence on October 3 at 7 p.m. ET. The match can be streamed on ESPN+.