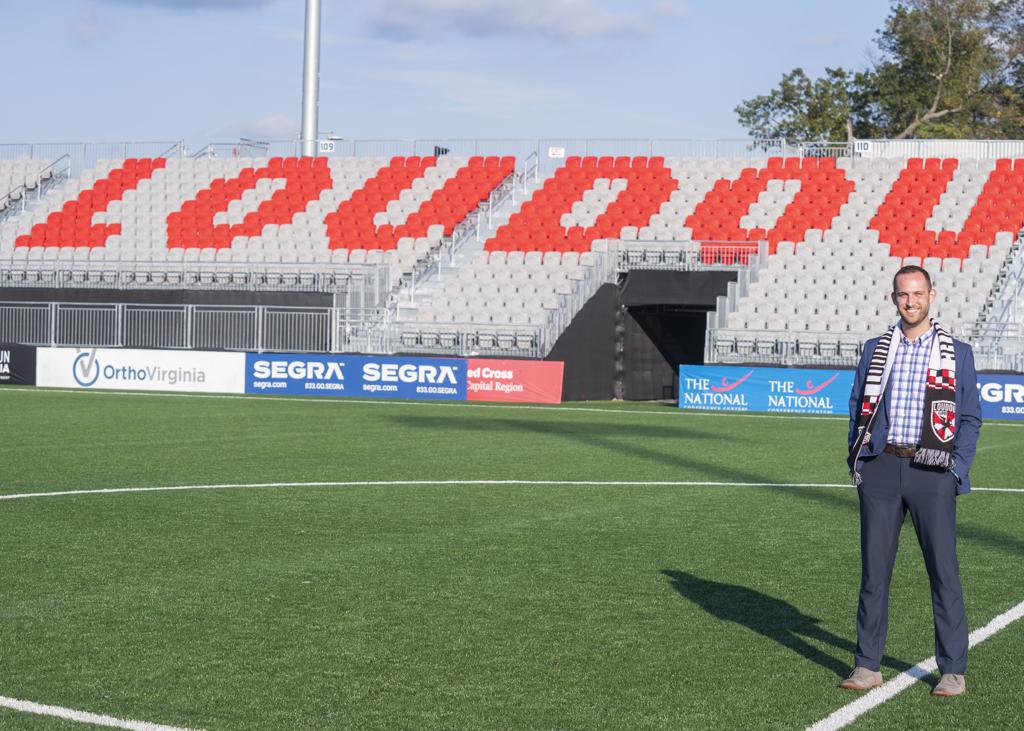 “We are committed to further establishing Loudoun United FC in the Northern Virginia region and deepening our impact within the community,” said Danita Johnson, President of Business Operations for D.C. United. “We are confident that Doug’s introduction as the new Executive Business Officer for our USL affiliate will help us accomplish this goal. His professional background paired with his personal passion for the sport make him the perfect person to lead Loudoun United and deliver a collection of one-of-a-kind events at Segra Field for all to experience and enjoy.”

Raftery joins the club after spending more than a decade in sports as a player, coach, broadcaster, and executive. He was most recently in Nevada with the Reno Aces and Reno 1868 FC. After overseeing the Reno Aces’ Corporate Partnerships team for three years, he stepped into the General Manager of Business Operations position for Reno 1868 FC.

“I couldn’t be more thrilled to join Loudoun United FC. We are looking forward to becoming integrated into our community and building an extraordinary atmosphere at our matches,” said Doug Raftery, Executive Business Officer of Loudoun United. “The opportunity to bring additional entertainment options to Segra Field for Loudoun County is exciting, and we can’t wait to make Segra Field the place to be.”

Loudoun United FC is the highest-level professional soccer franchise in Loudoun County, Virginia and is the direct second division affiliate of MLS club, D.C. United. Founded in 2018, the club competes in the United Soccer League (USL) Championship, one of the most successful professional soccer leagues in the world, reaching a population of more than 84 million across North America.

The Red-and-White are known for their exciting, high-tempo style of soccer and for player development. Since the club’s inception several players have progressed to the first team, signing professional Homegrown contracts with D.C. United.

For more information visit www.loudoununitedfc.com and follow the club on social media @LoudounUnitedFC.