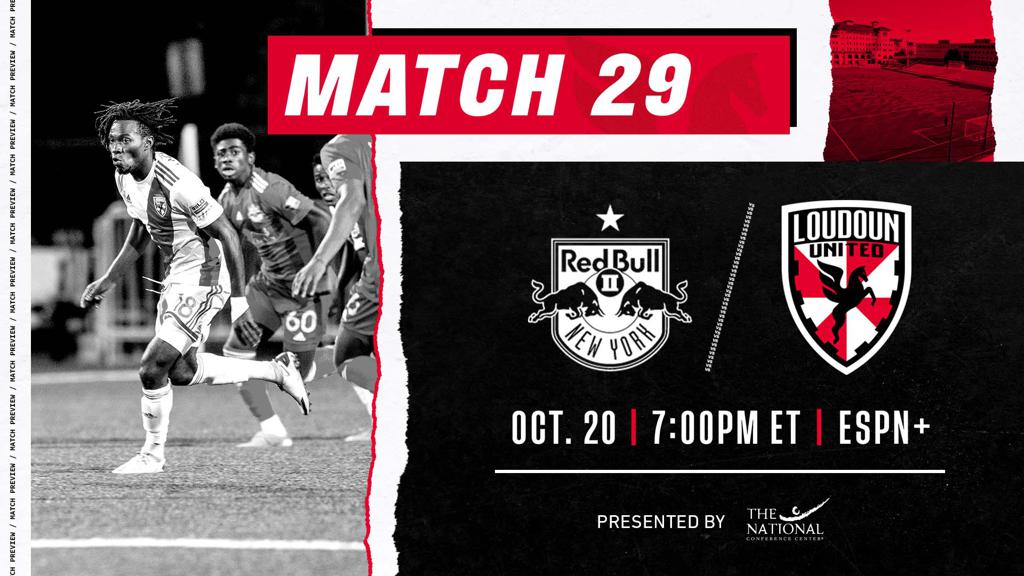 In their last match, Loudoun United lost 1-0 to Hartford Athletic on October 16. Despite putting pressure on Hartford’s defense throughout the match, the Red-and-White were unable to find a goal and lost a hard-fought match on the road. In the 12thminute, Jace Clark found room in the box, but his shot hit off the left post and bounced out. Shortly after, Jackson Hopkins made a run through the middle and fired a shot that went just wide of the right post. Hartford scored in the 33rdminute when Conor McGlynn’s shot from outside the box found the bottom left corner. Loudoun went into halftime trailing 1-0.

Loudoun created a number of chances in the second half but were unable to find the equalizing goal. The Red-and-White had three quick shots from inside the box in the 50th minute, but none of them were able to find the back of the net. Jermaine Fordah made his best save in the 90th minute to keep Loudoun in the match when he reacted quickly to save a well-hit shot from in-close. Loudoun United fought all match but were unable to find the goal they needed, and the match finished with Hartford winning 1-0.

The match on Wednesday will be the third time out of four that these two teams face off this season. Loudoun United lost the first matchup 2-1 on May 18 and drew their most recent match with Red Bulls II 3-3 on September 30. Loudoun United have four matches remaining in the 2021 season with two of those coming at home at Segra Field.

The match can be streamed on ESPN+ with coverage starting at 7 p.m. ET.