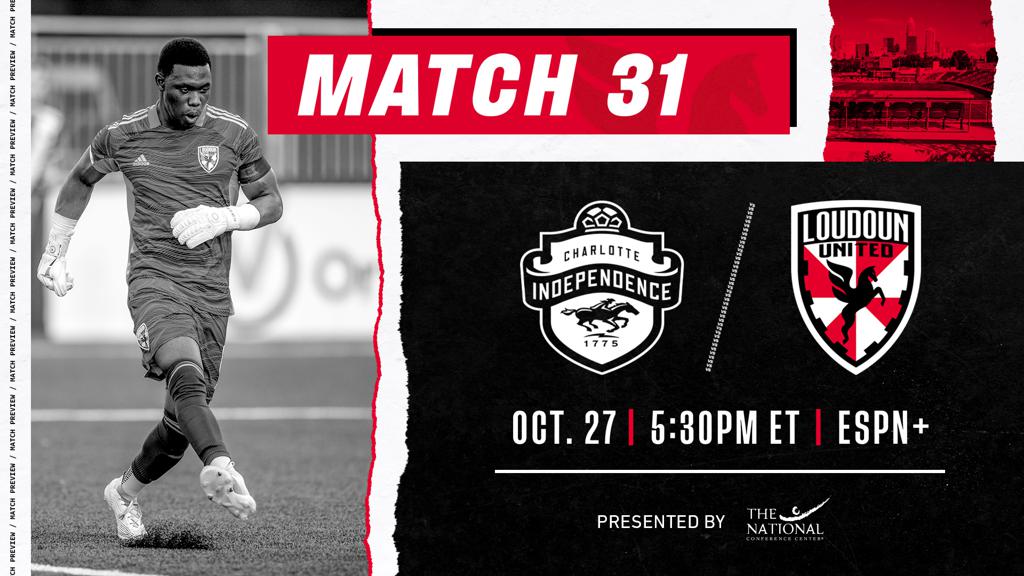 In their last match, Loudoun United lost 1-0 to the Tampa Bay Rowdies on October 23. The Red-and-White fought for the full 90 minutes but were unable to find a goal and lost a close match at home. Loudoun were able to get shots off early in the match through Jackson Hopkins in the fourth minute and Ted Ku-DiPietro in the 15th minute, but neither hit the target. Tampa Bay scored the lone goal of the match in the 40th minute when Steevan Dos Santos finished from in-close. Tampa Bay led 1-0 going into halftime.

Jermaine Fordah made a crucial save in the 56th minute to keep the match at 1-0 when he dove to his left to deny a well-hit shot by a Tampa Bay Forward. Loudoun United fought until the final whistle and had their best chance of the match come in the 88th minute. Second-half substitute Giovanni Montesdeoca rose up for a well-struck header in the center of the box, but it was saved by the Tampa Bay goalkeeper. The match finished with Loudoun United losing 1-0.

The match on Wednesday will be the fourth and final time these two teams matchup this season. Loudoun have a record of 0-2-1 against Charlotte this season and will look to earn their first win against their Eastern Conference Atlantic Division opponents on Wednesday night.

The match can be streamed on ESPN+ with coverage starting at 5:30 p.m. ET.