Noah Pilato and Jake Crim Go from Tryouts to Trials 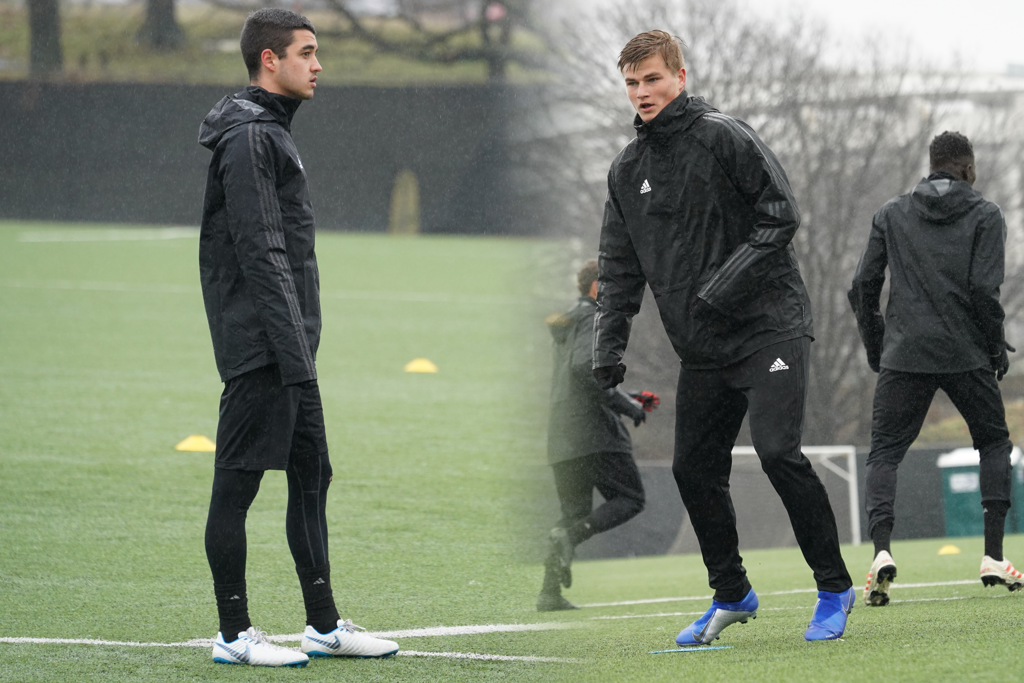 Loudoun United FC started preseason training this past week in D.C. at RFK’s Auxiliary Fields. Amongst these players was Calle Brown, the newly signed goalkeeper for Loudoun United, and also some familiar faces from tryouts the previous week.

“We saw a lot of talent out on the field during tryouts,” said Head Coach Richie Williams. “We are excited to have Jake and Noah train with us for further evaluation over the next two weeks.”

“There is an abundance of soccer talent in Loudoun County,” said Chief Operating Officer, Adam Behnke, “It was no surprise we were able to find a high level of local talent right here in our backyard and we are thrilled to give them a shot at the professional level.”

Noah Pilato grew up in Northern Virginia and went to high school at Oakton High School. Pilato played for the D.C. United Academy, with two goals and six assists in 14 matches in 2013. In his high school career he played senior year as captain, scoring twice with 14 assists and earning playoff MVP honors and All-Met Second Team and lead Oakton to a conference title. Before heading to college Pilato also played two years of Olympic Development Program soccer.

In 2014 Pilato committed to Penn State and utilized his redshirt season. Pilato appeared in 48 games throughout his career at Penn State, totaling 2,314 minutes on the pitch. Pilato’s redshirt junior year he saw action in seven matches and put two shots on net before sitting out due to injury. Following his injury he appeared in all 17 matches and started 10 of them in his final season. He scored his first career goal at Maryland on Oct. 23 to tie the match and head into overtime.

Jake Crim is from Sandy Spring, MD in Montgomery County and went to Sandy Spring Friends School. He played for Baltimore Armour and Soccer Association of Columbia (SAC). He went on to play at Oberlin College a NCAA Division 3 school in outside of Cleveland, Ohio for two years. He played in all 38 games in his 2 years at Oberlin College making 21 starts and compiled 1670 minutes his senior year.

Leaving Oberlin in the fall of 2017, Crim pursued his professional career. Starting in 2018 Crim played for a UPSL team, the Nevada Coyotes FC in Reno, Nevada. At the Coyotes he played in 21 games, starting in all of them. He kept 16 clean sheets and scored 6 goals with the Coyotes until leaving the club at the end of 2018.

Both of these talented players will be given their shot at making the team after training during preseason. To follow their journey through preseason follow Loudoun United FC on social media @LoudounUnitedFC